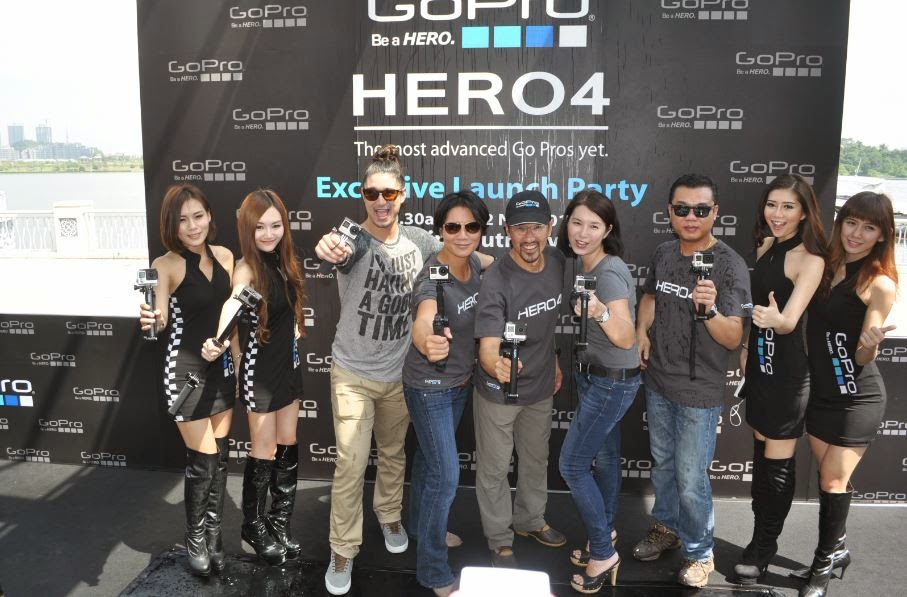 
Marina Putrajaya (November 12th, 2014) – Recording memories has never looked better or cooler, with the introduction of GoPro’s most powerful lineup of gadgets, ever. It will certainly appeal to discerning outdoor and nature lovers, videographers and indeed, anyone with an eye for only the highest-quality video-cum-photography equipment.

In a splashy, fun-filled party, FunSportz Sdn Bhd – the exclusive importer and distributor of GoPro equipment from the USA – proudly brings to Malaysian enthusiasts the latest range, featuring the HERO4 Black and HERO4 Silver editions. With GoPro’s Emmy Award-winning imaging technology and enhanced ease-of-use features such as 4k30, 2.7K50 and 1080p 120fps video capture, as well as built-in touch display convenience, both are perfect for video/photographers looking for that `little extra’ at equally competitive prices.

You can check out more details about the GoPro HERO4 at the FUNSPORTZ official website.