This is an awesome race that I managed to signed up just a few days before leaving for Hanoi. It happened when I googled "where to run in Hanoi". The search took me to a running group based in Hanoi called the Red Rivers Runners and with the help of Jordy (the race director), I got myself registered. 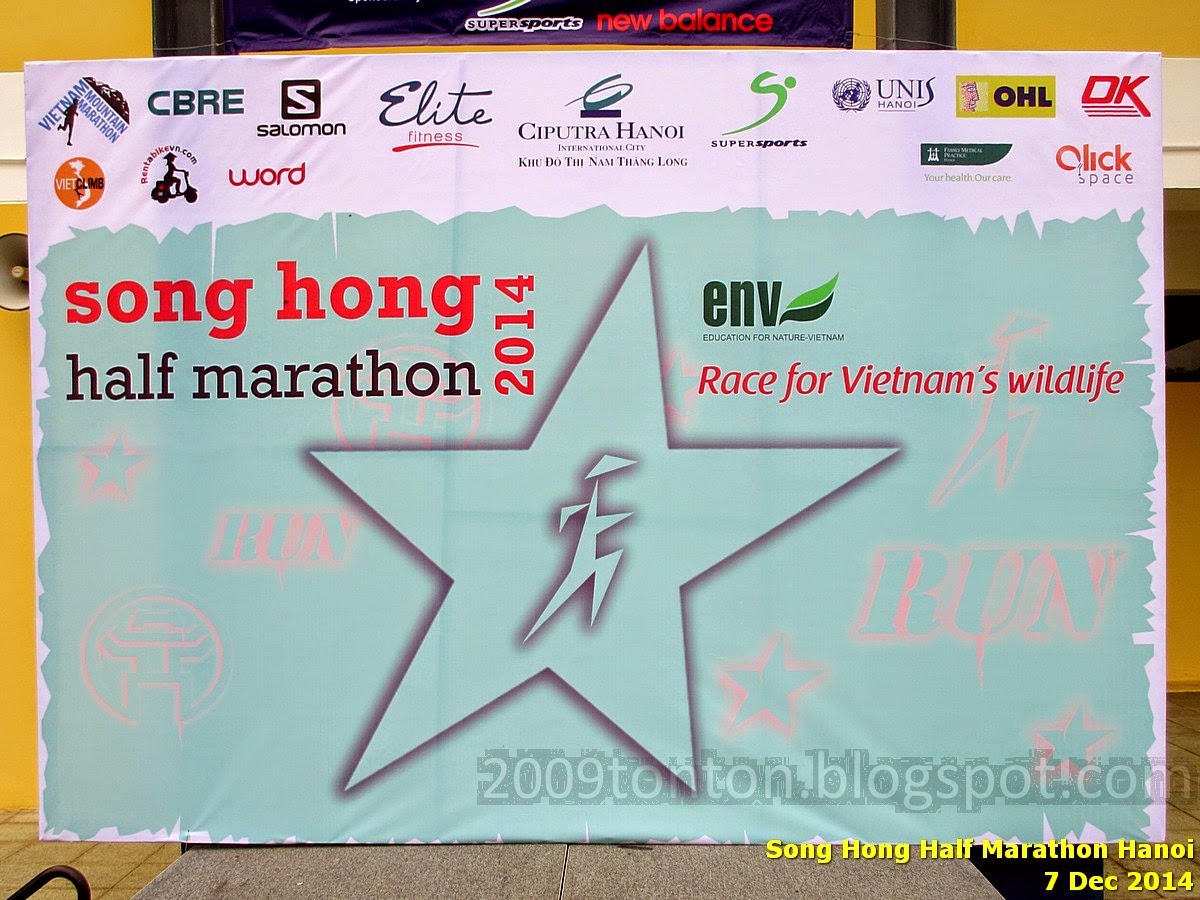 The event took place in the United Nations International School of Hanoi (UNIS) located at Ciputra - a new township. 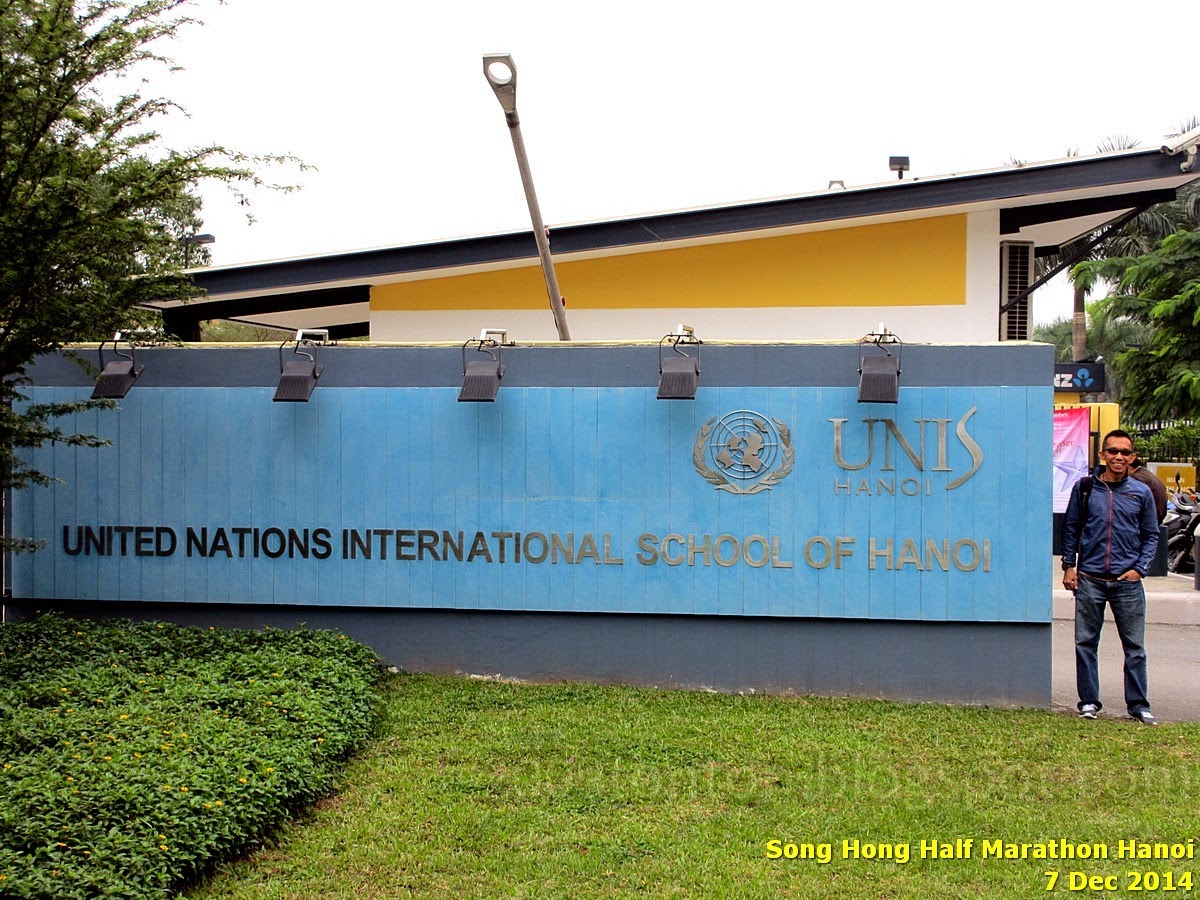 According to the race map, the race start at UNIS campus, with the first 6km inside the gated residential area of Ciputra (which means no traffic) before turning back to the school again, and then followed by out and back loop of the remaining 15km around the Tay Ho Lake area. 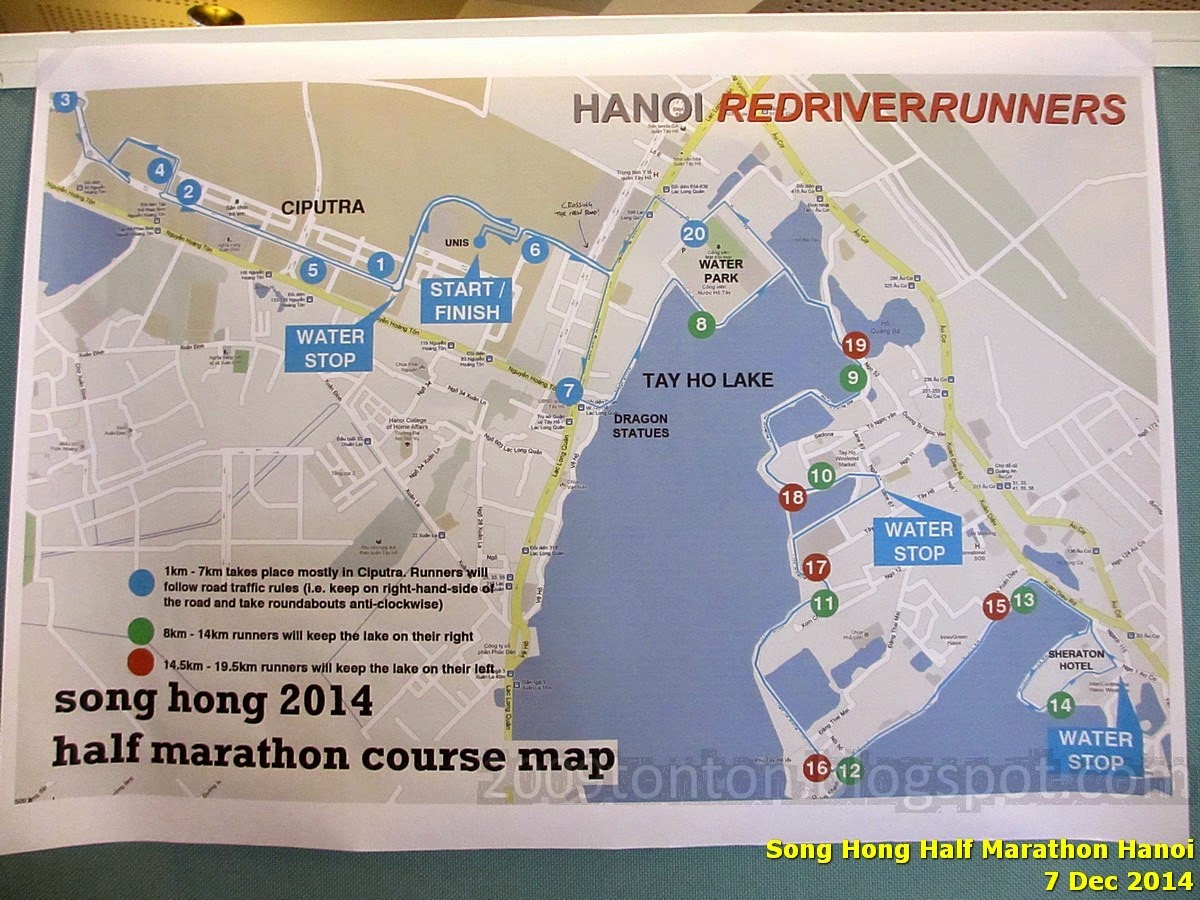 What came to my mind when I first saw this course map is there are so many corners, and I am not familiar with the place.

Queued up for my race pack after paying (Jordy was so helpful and allows me to pay during the REPC). 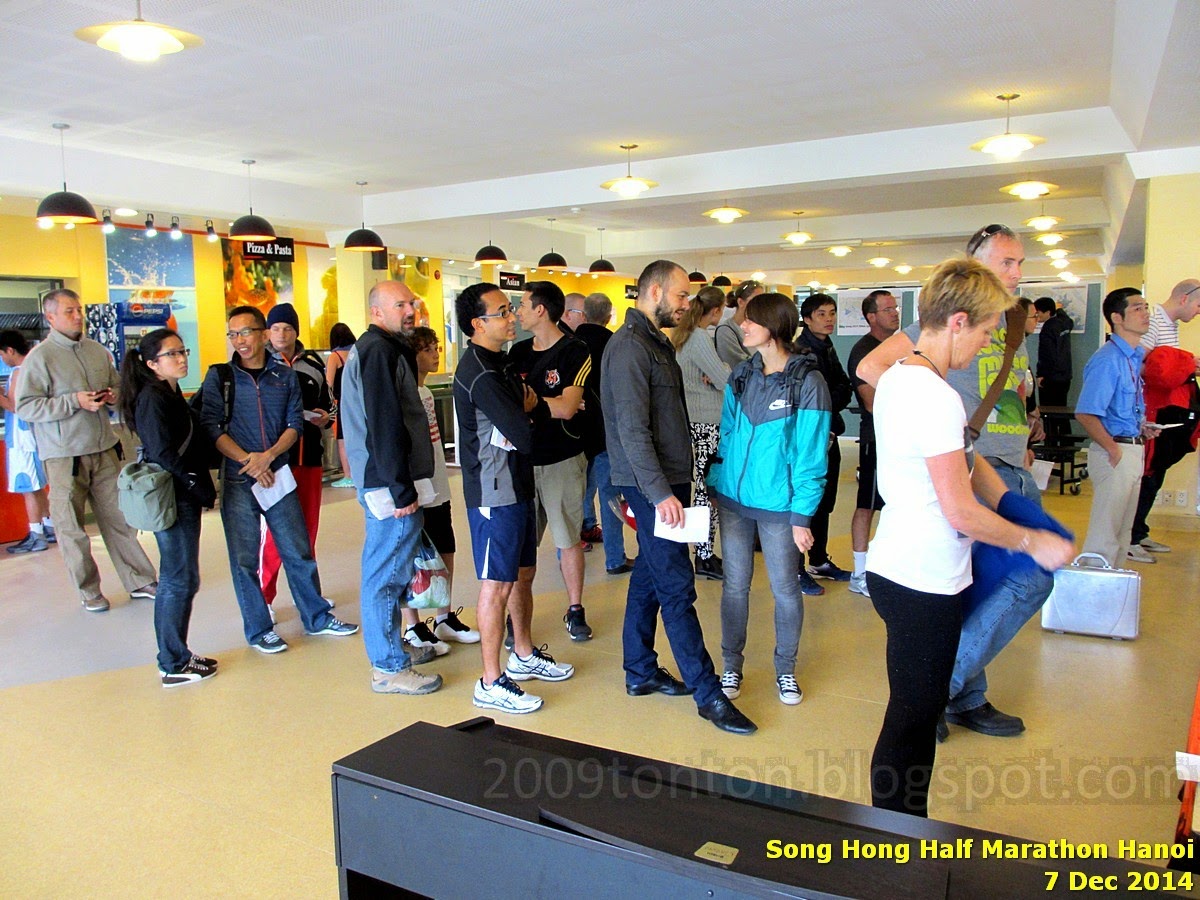 After collecting my race pack, I did a quick survey on the running route on foot. 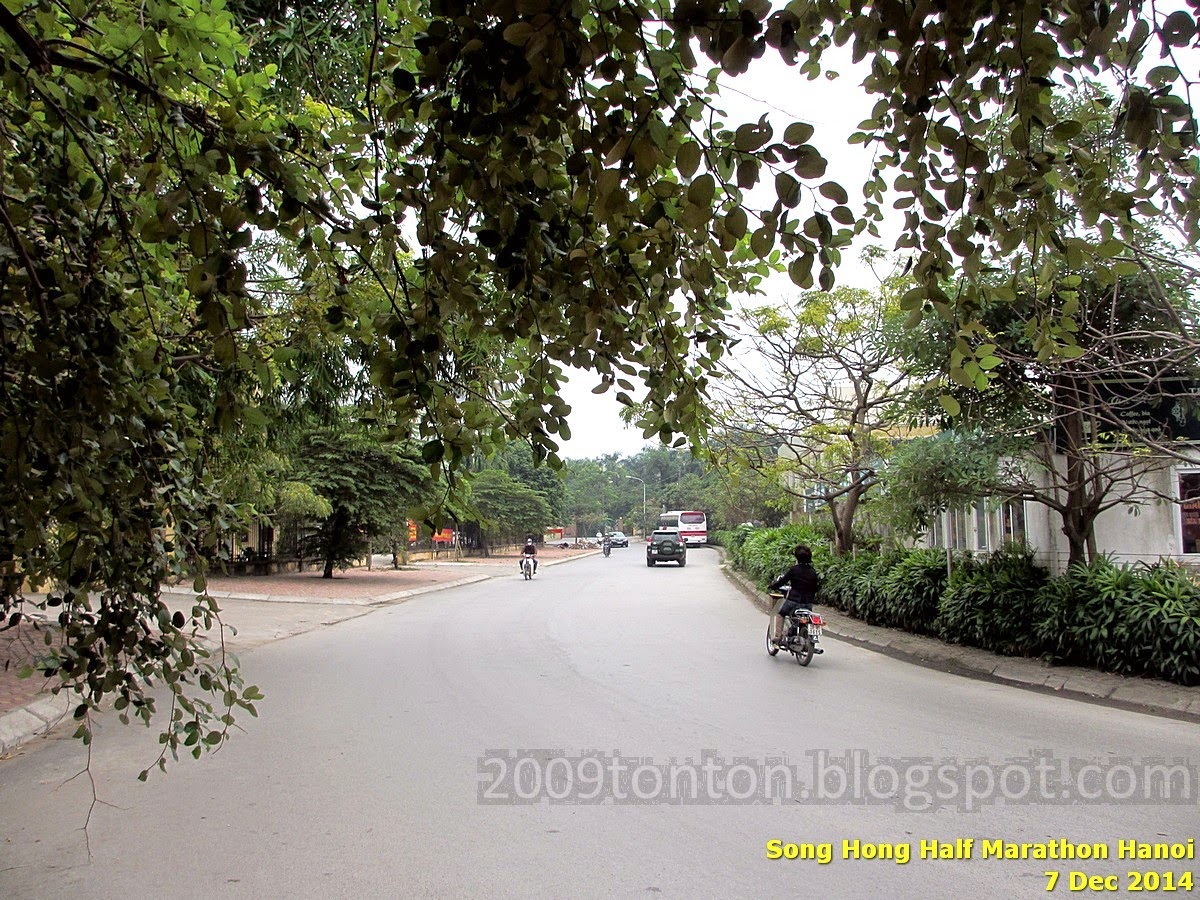 This is what the course (around the theme park) looks like. Very comfortable to run, away from all the busy traffic of Hanoi. 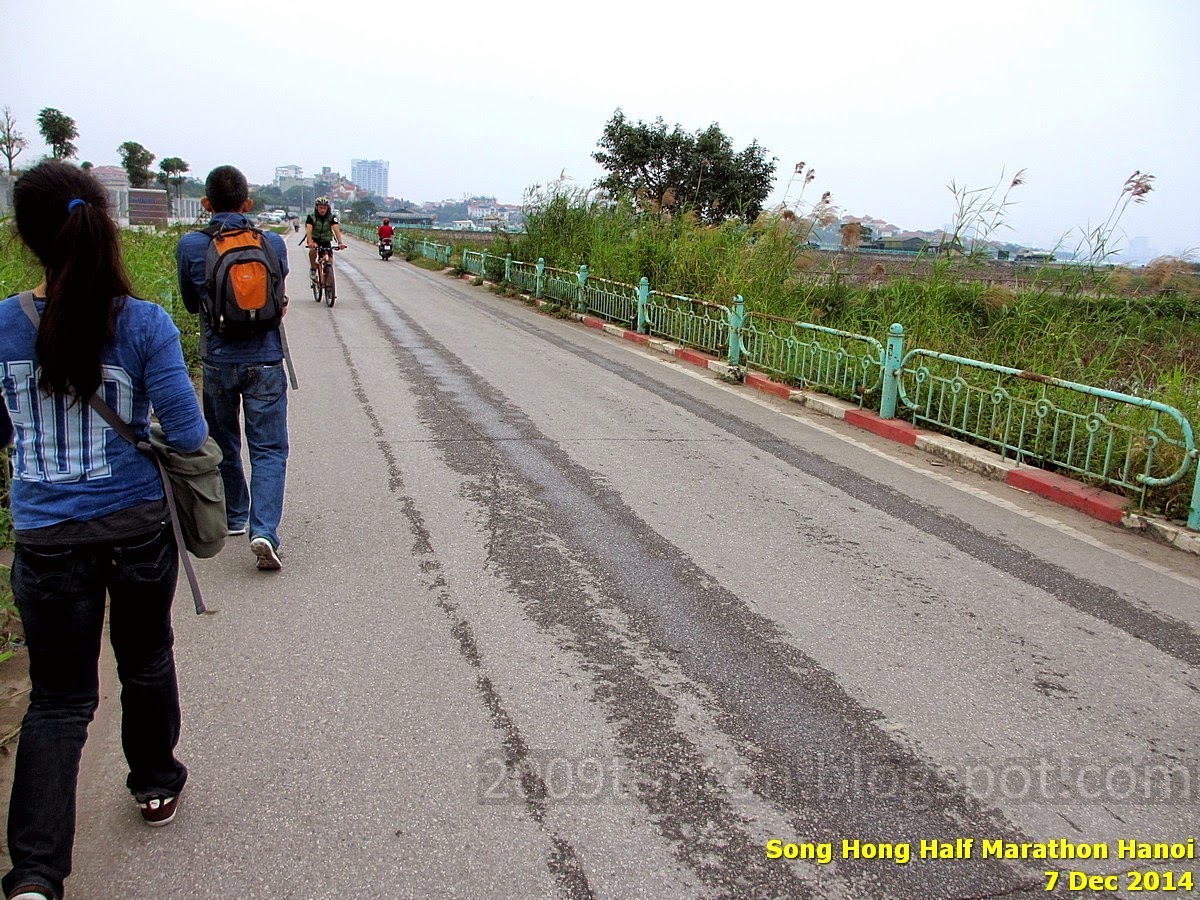 Along the course, runners will see very nice ponds, and a flower garden. 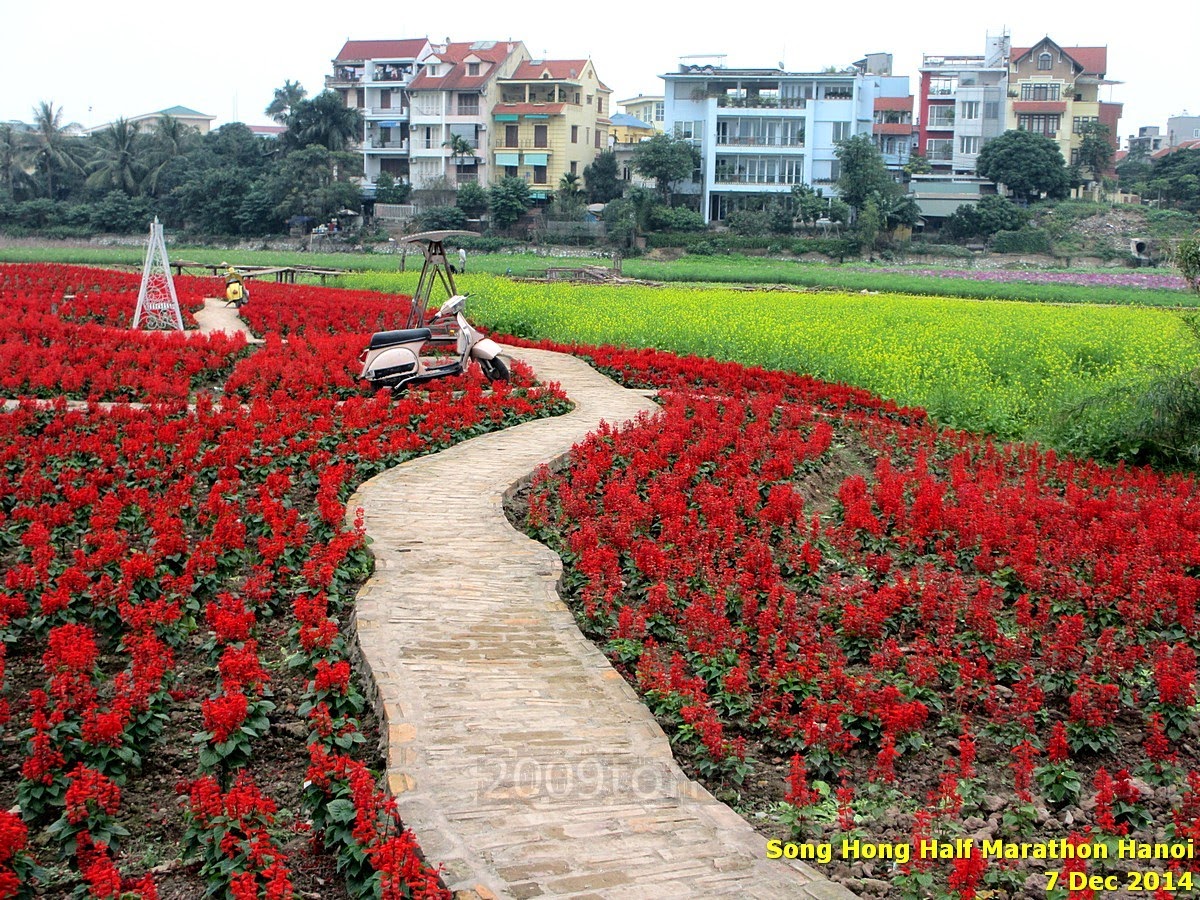 Sight seeing while you race...this is Lake Tay Ho. 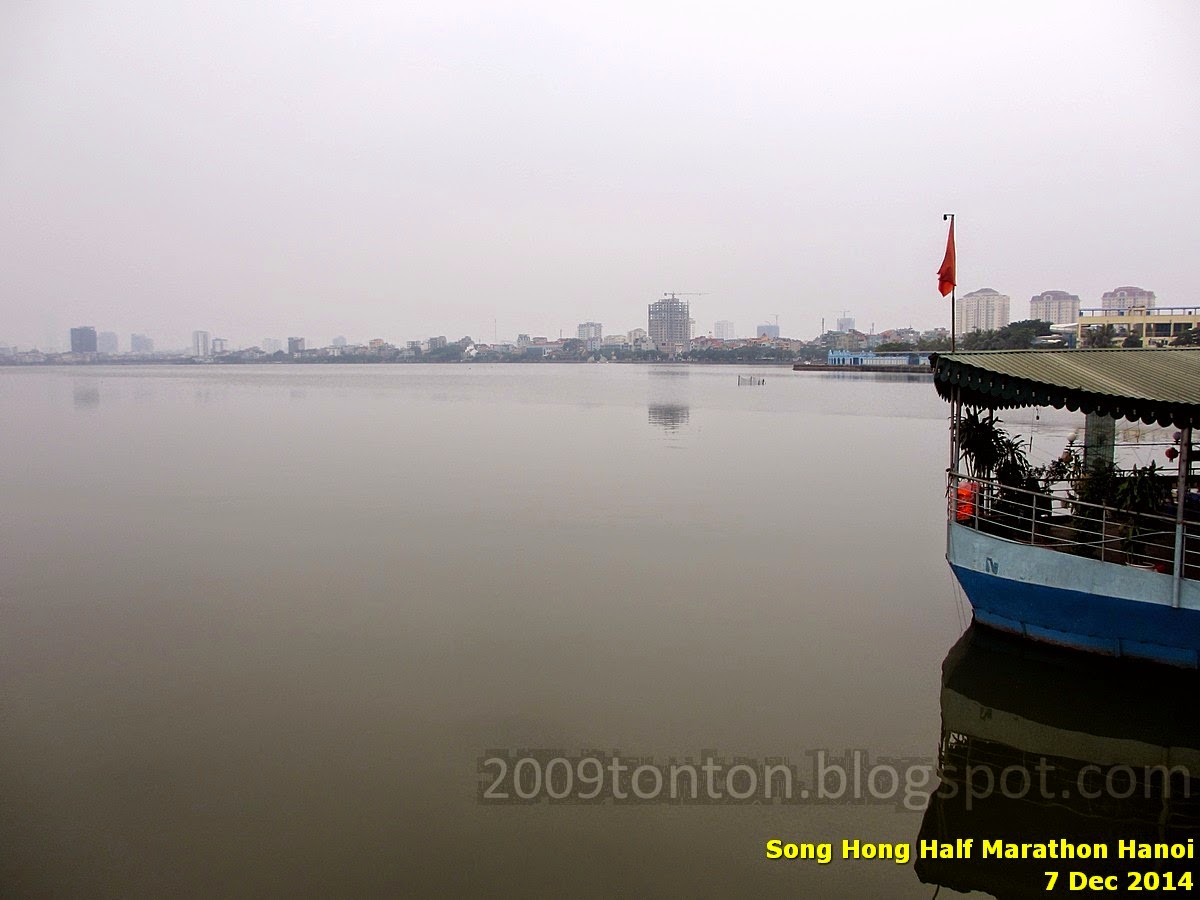 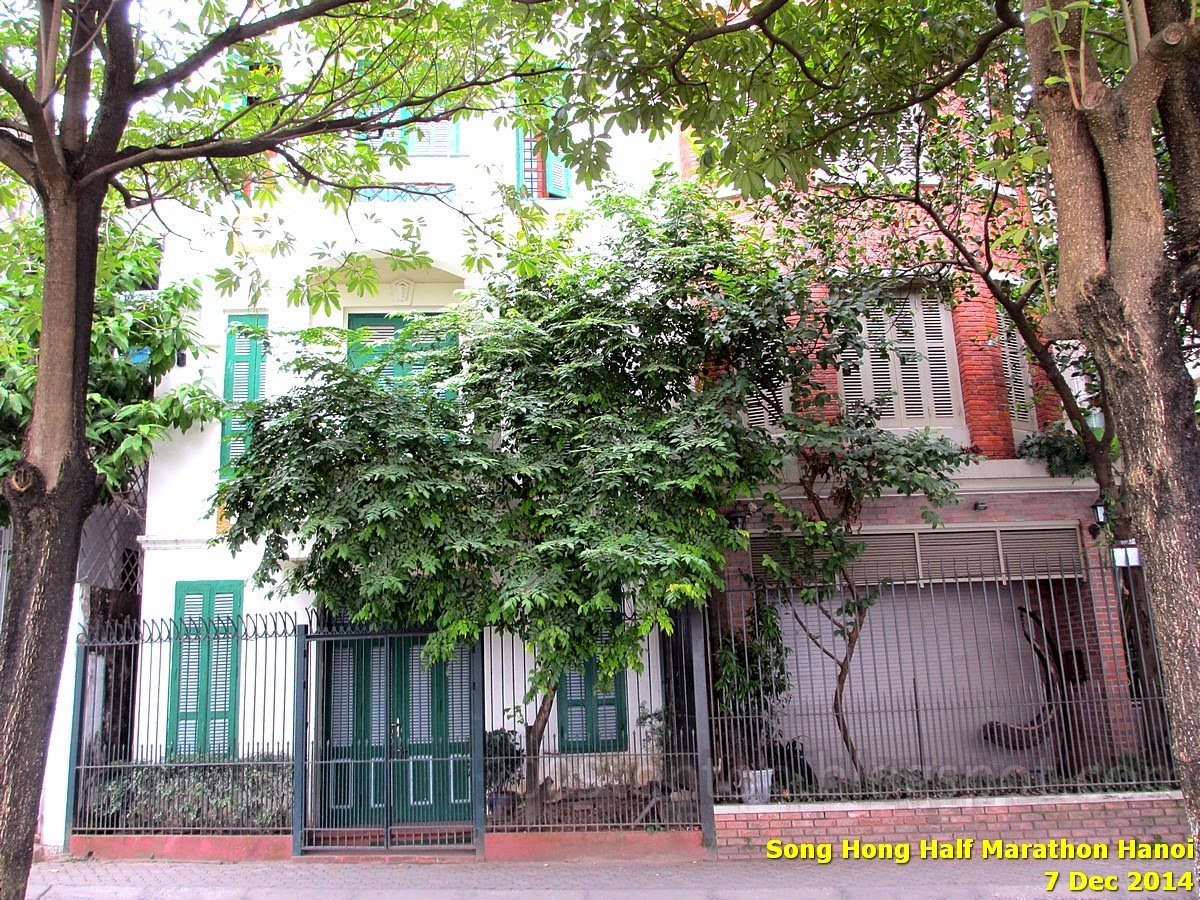 Even UNESCO office is here. 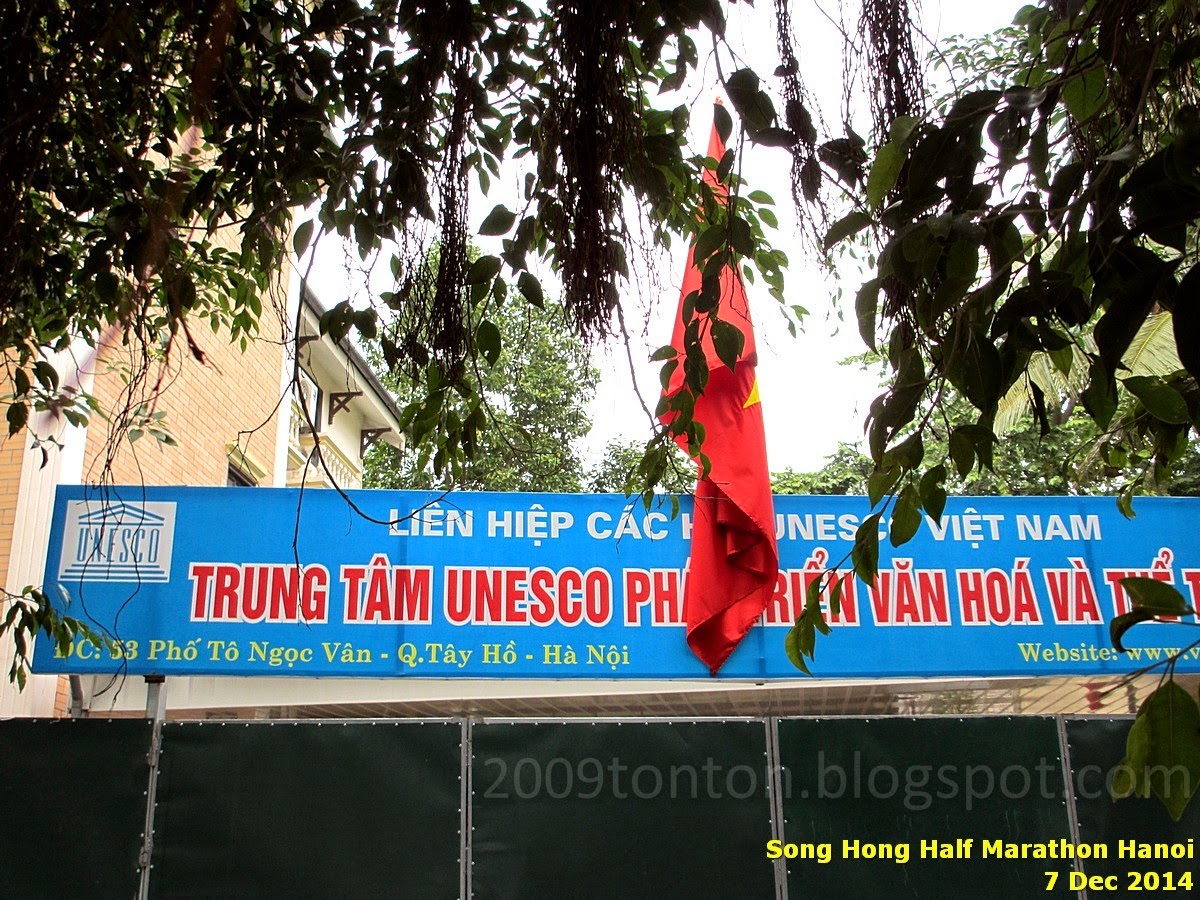 Sunday came, and it was raining earlier that morning and it was drizzling a bit when we were running. So it was kind of cold...brrrr. 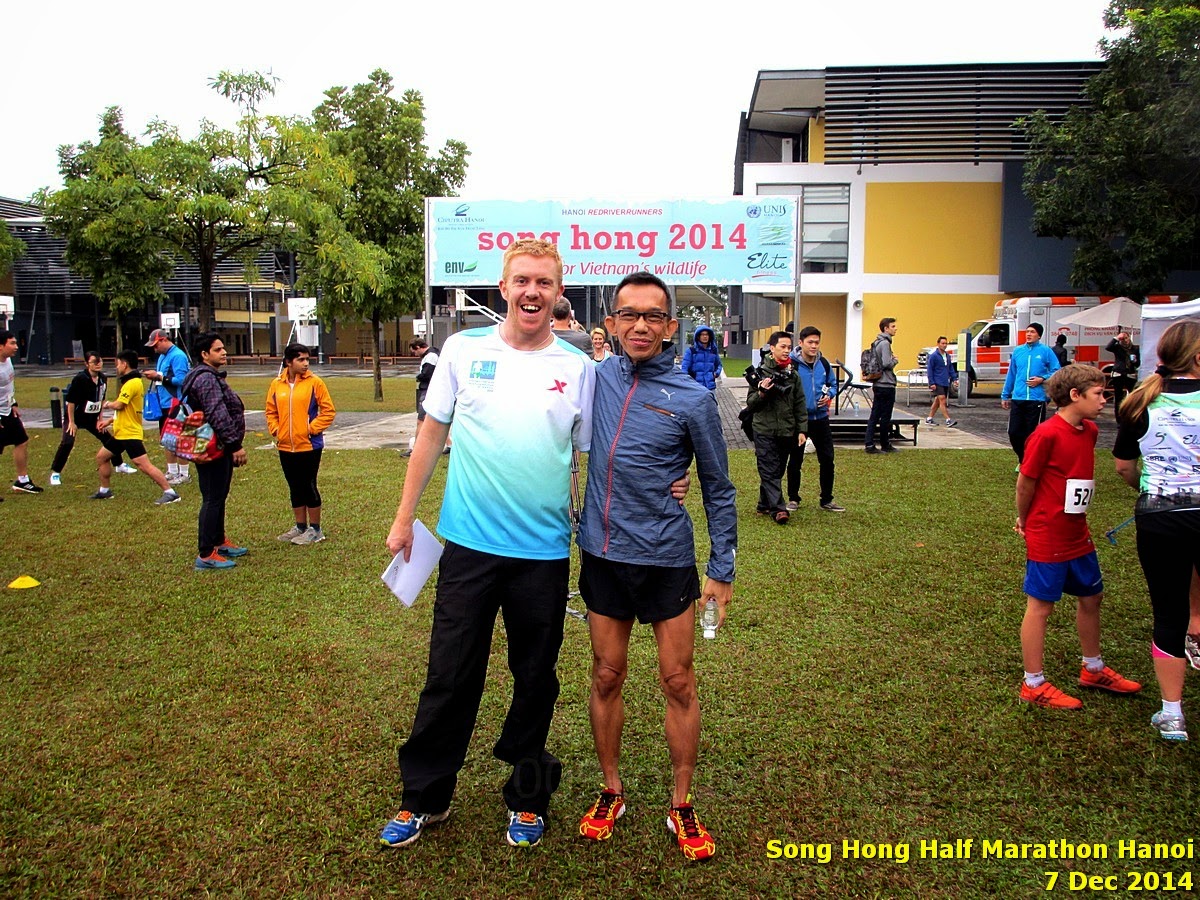 Managed to take a photo with Jordy very friendly and helpful host. 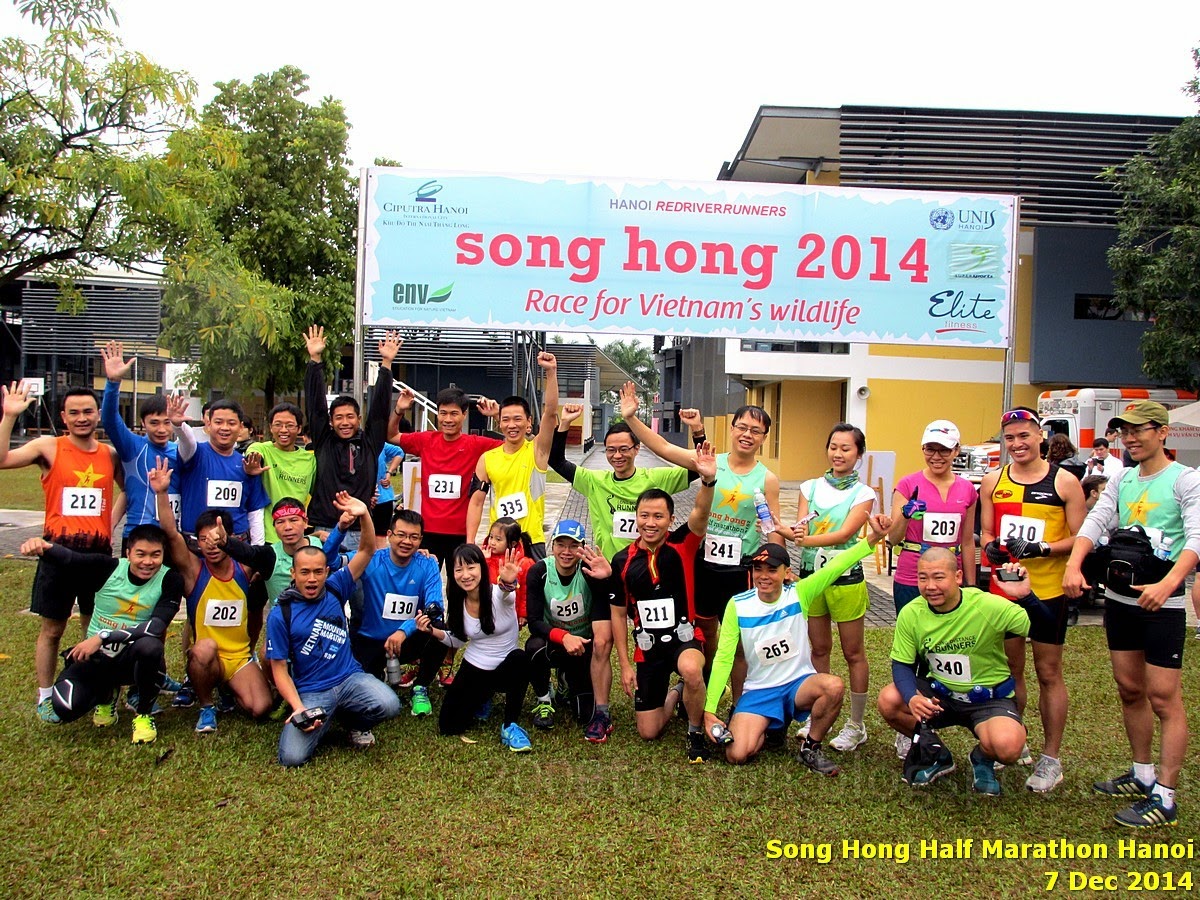 One for the road! 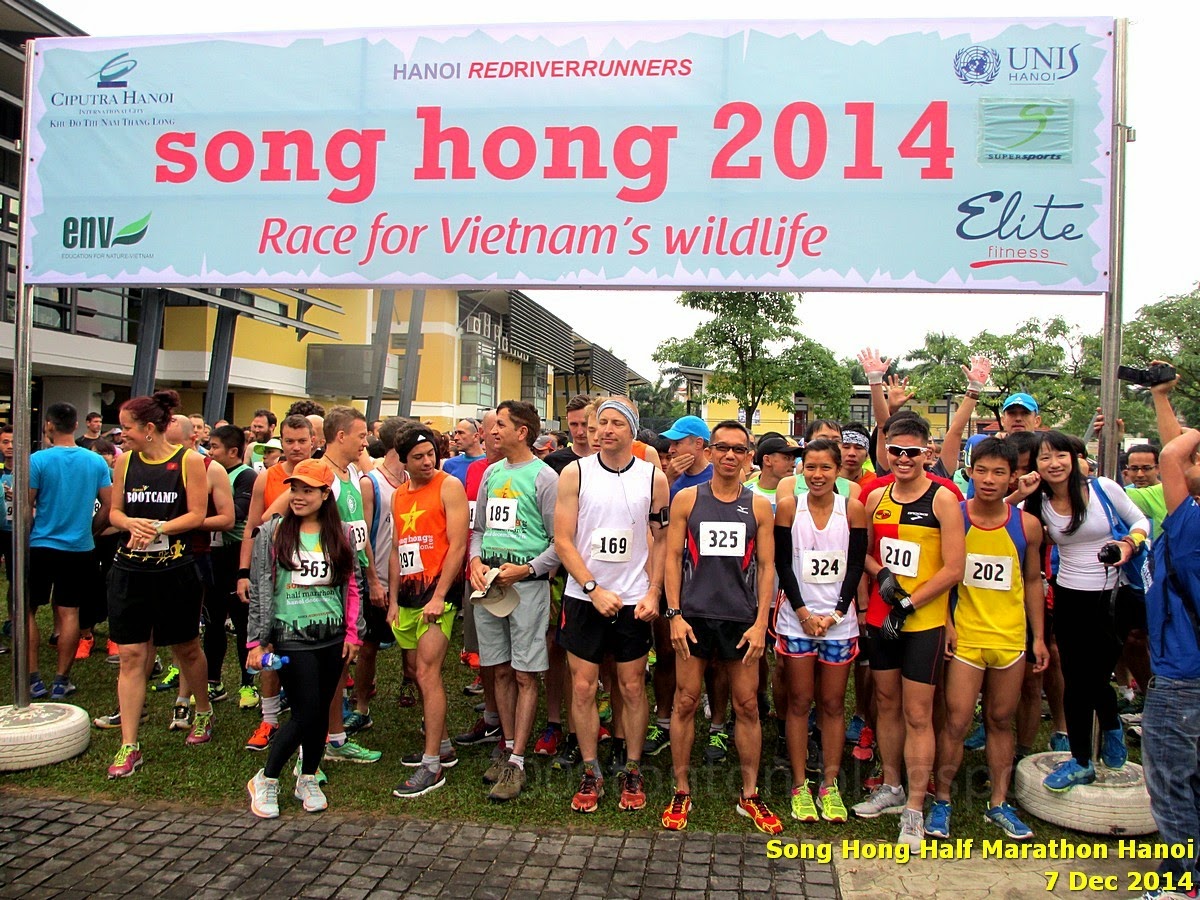 Ready to race...drizzle a bit, about 17C, but it was cold by Malaysian standard. 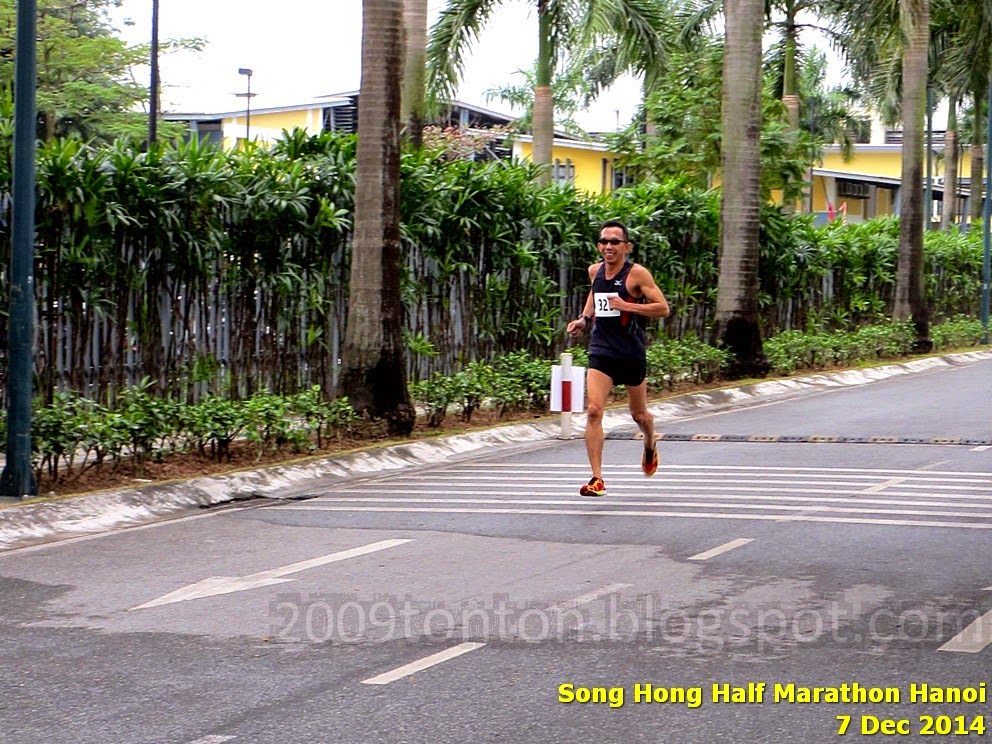 First 6 km, heading for the road. Just as I thought, the route around the housing areas are nice. You can see that in the smile. The subsequent route is very scenic, but there are many corners to negotiate, and it became obstacles combined with the wet weather. Some traffic hazards when crossing the main roads (twice), but other than that, everything is closed to perfect.

The cold weather was very nice to run in, there are many volunteers/marshalls assisting. I had difficulties and almost ran to the wrong route twice because not familiar with the place, but there wasn't much damage done. 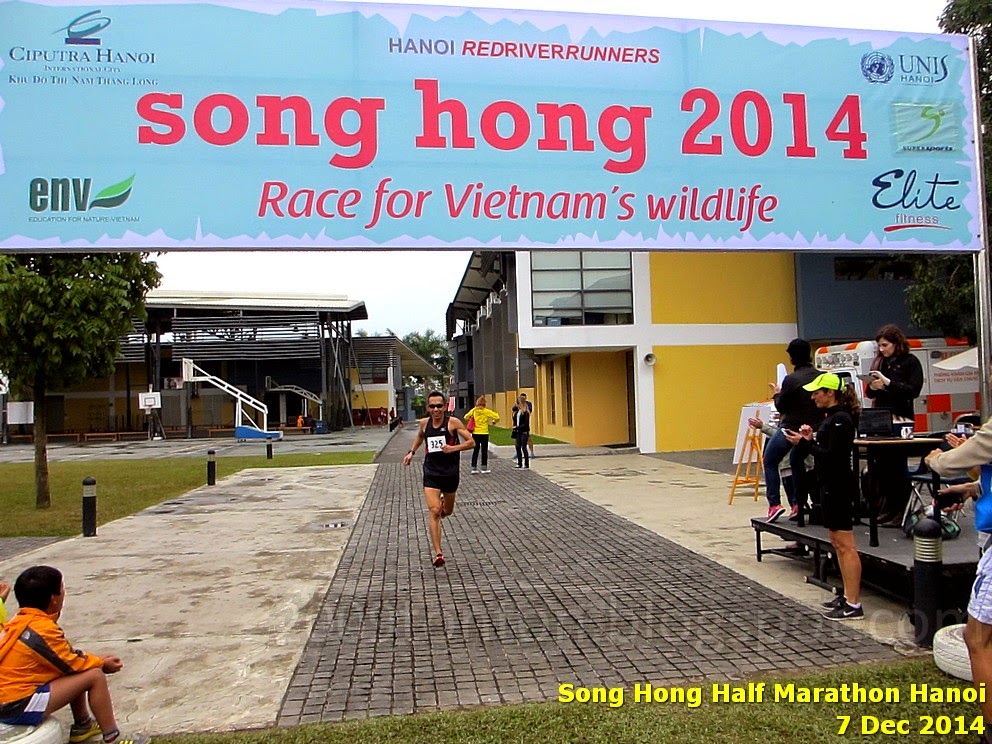 Finally, approaching finishing line and not sure about placing. 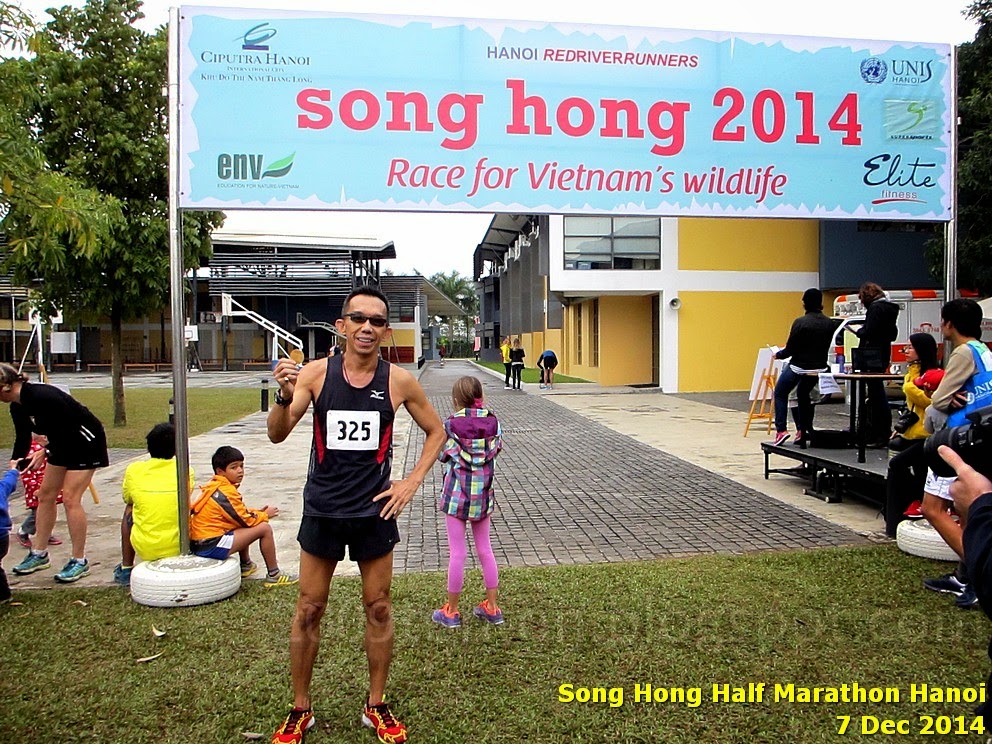 Received a souvenir after the run. It was not a usual medal that we receive in Malaysia 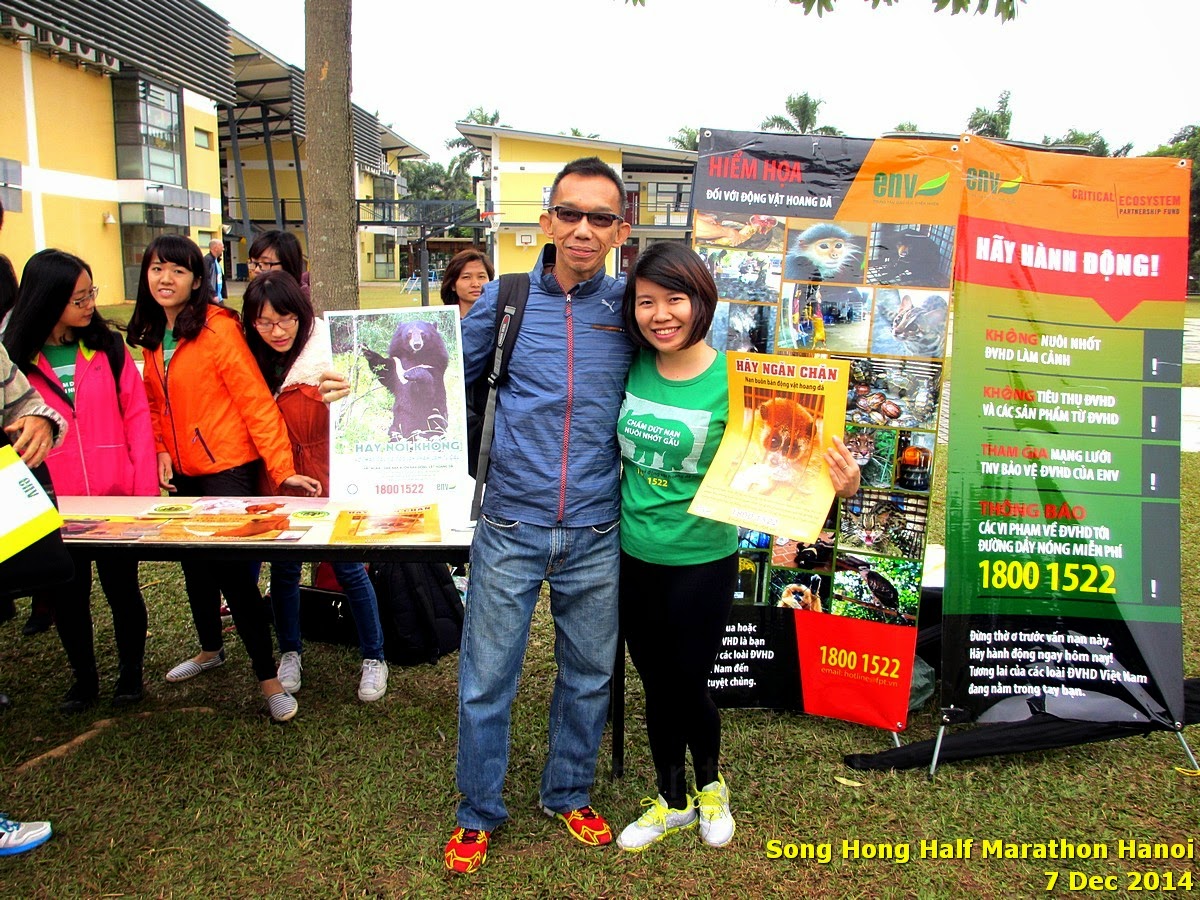 Ninh Thi from Education for Nature Vietname Wild Life Protection. This charity run was to raise fund to protect Vietnam wildlife. All volunteers are from ENV NGO. 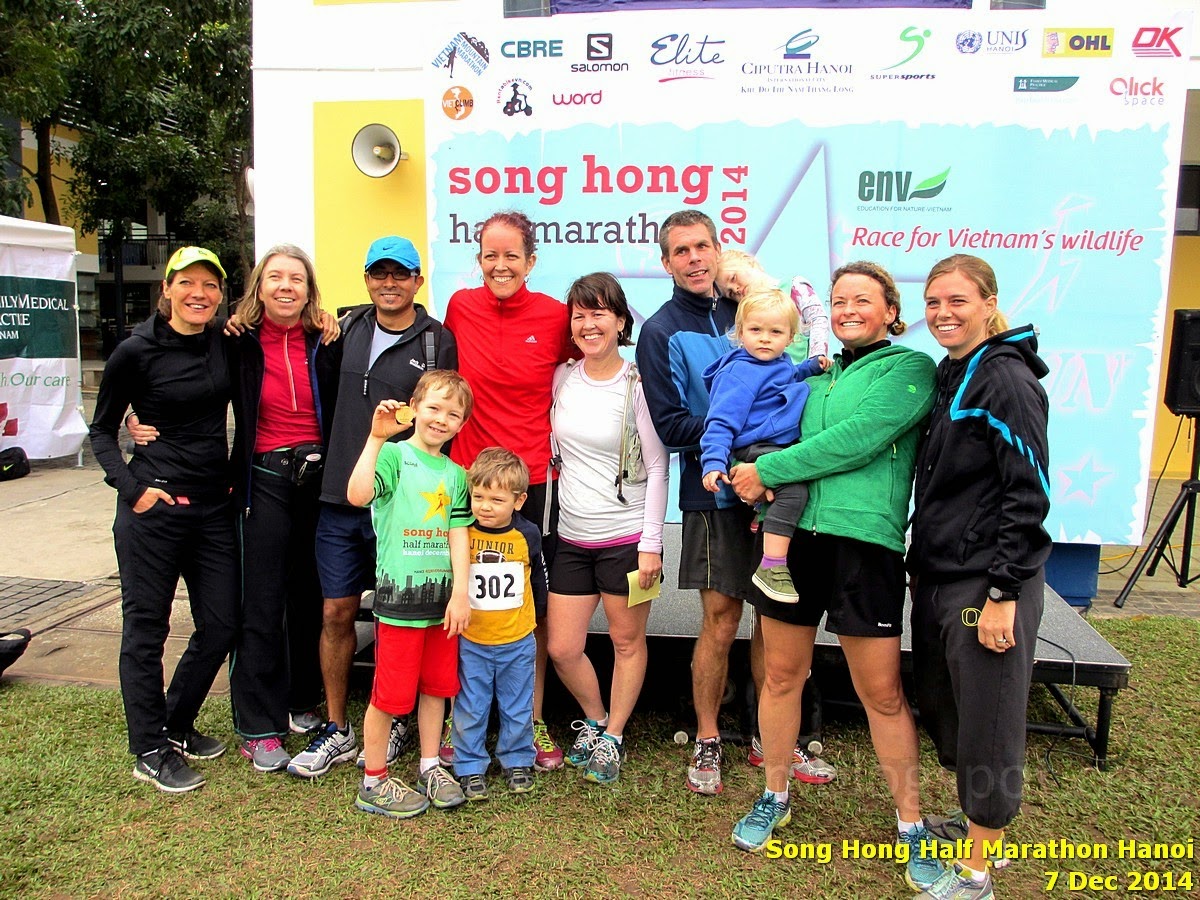 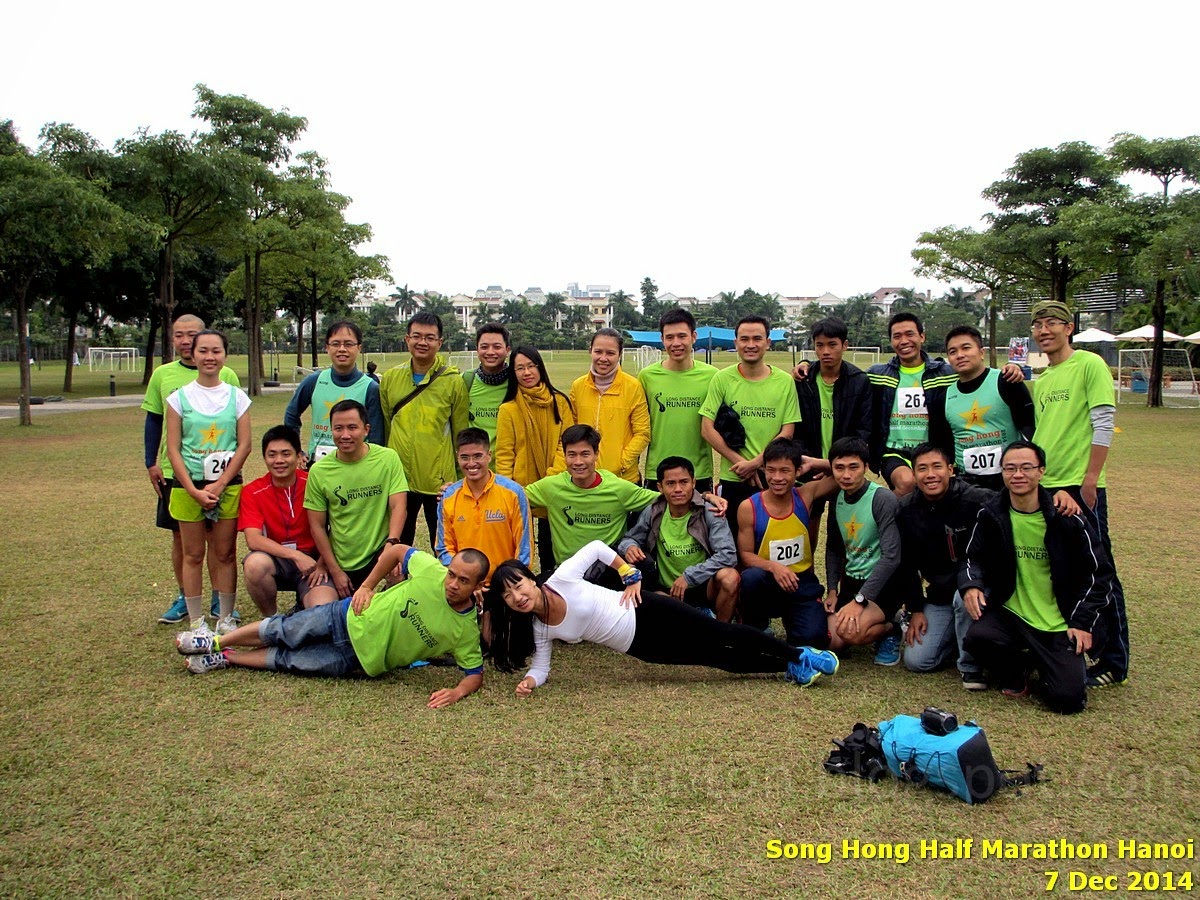 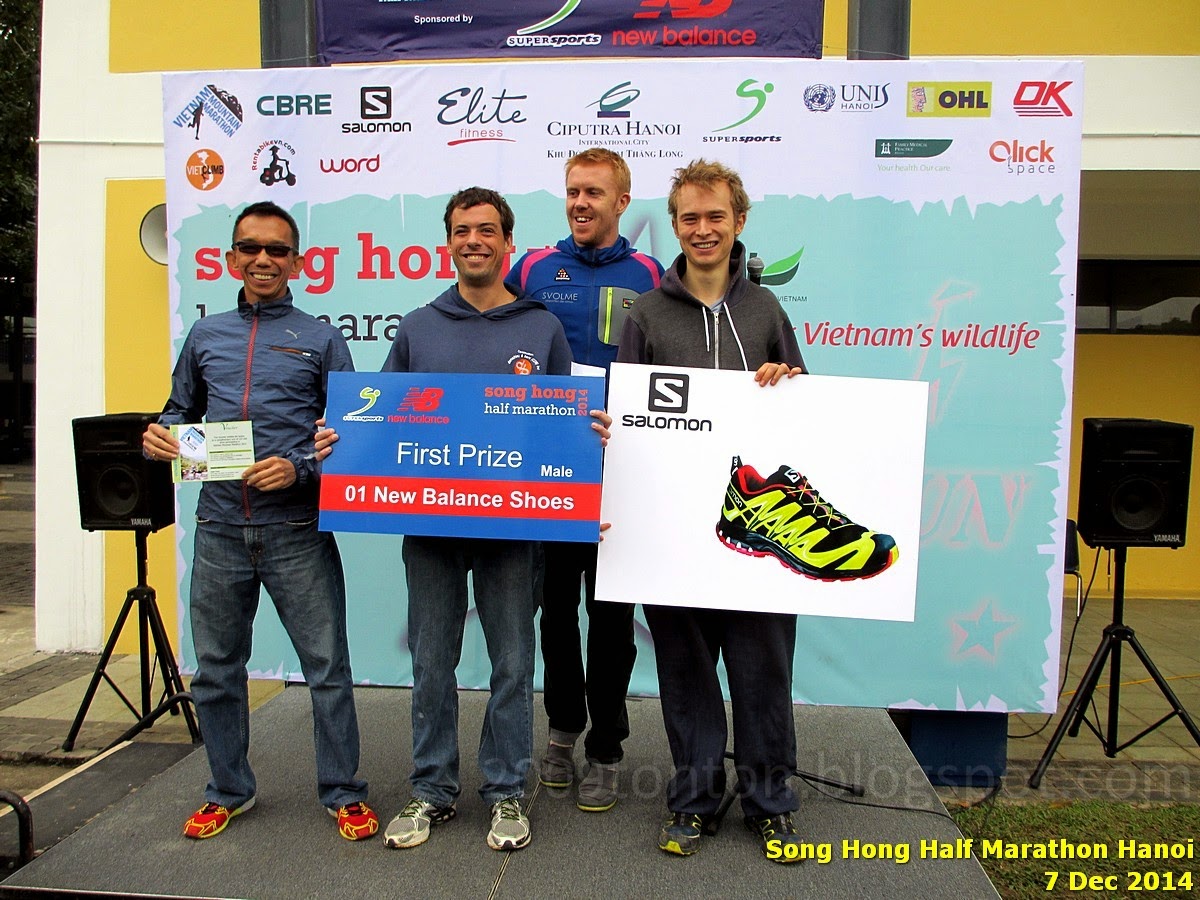 Felt lucky and managed to get 3rd placing and was giving a free entry to Vietnam Mountain Challenge 2015. Guess next year, I will have to visit Hanoi again. 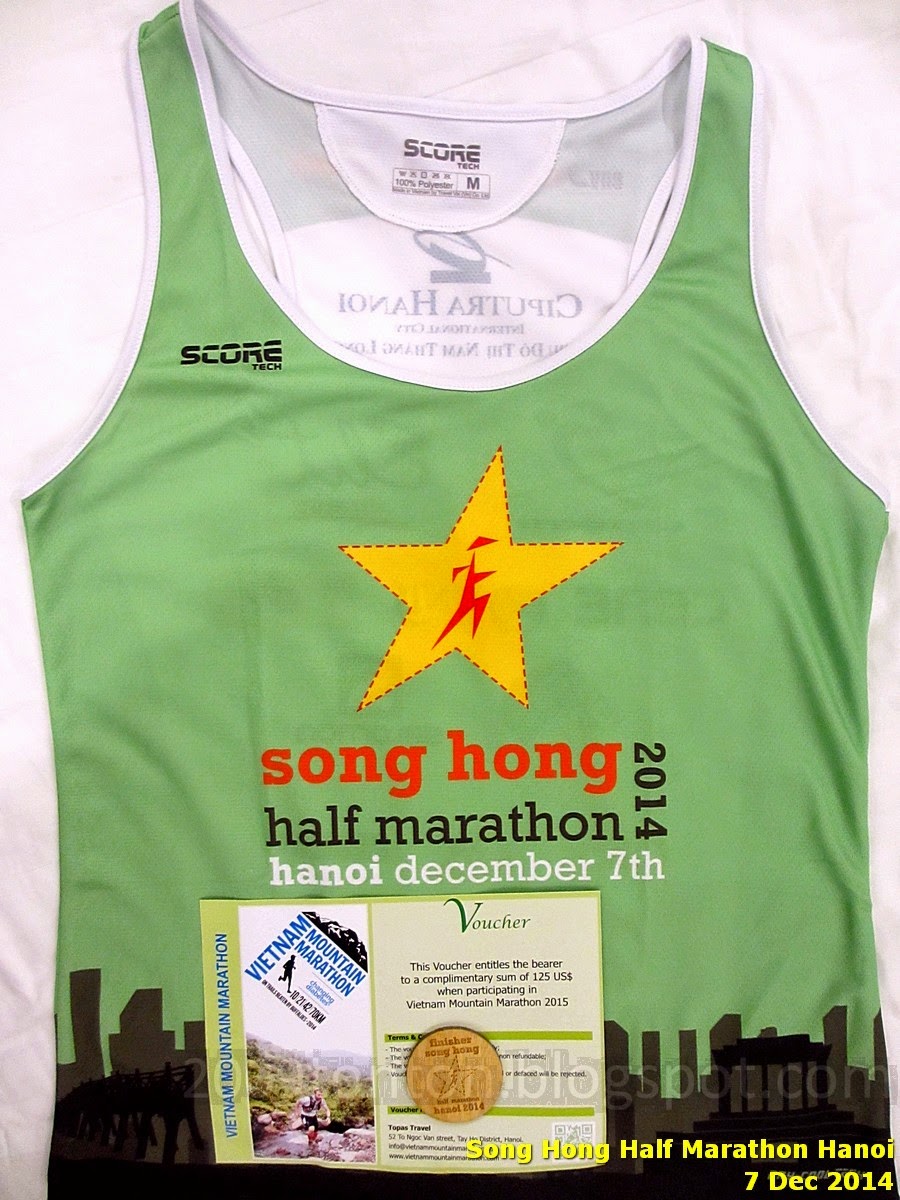 The vest, the entry voucher and souvenir.