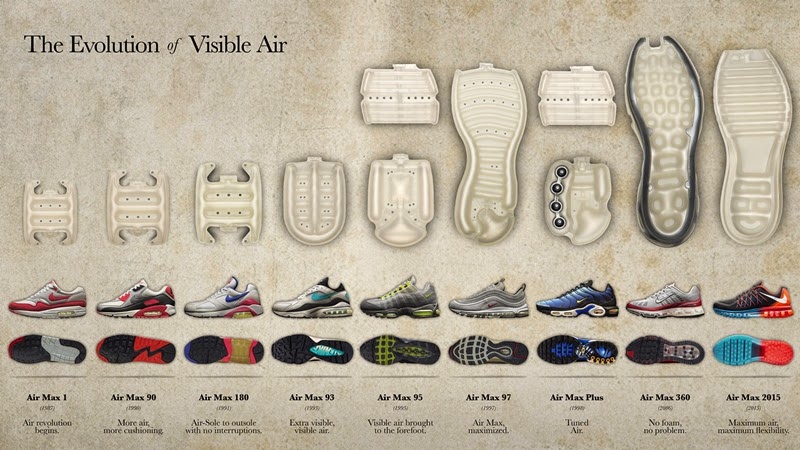 In 1987, Nike Air was not a new proposition. Runners were already familiar with the benefits of the cushioning technology, which first appeared in the Nike Tailwind in 1978. But seeing is believing.

Nike Air hit a high when it became more than a feeling. Nike designer Tinker Hatfield set out to make the breakthrough technology visible so runners could better understand its cushioning benefits. He created the Nike Air Max with Visible Air, which gave birth to a franchise that forever altered the course of sneakers.

After the long journey, Forland learned that innovation doesn’t come without risk.

“I remember the first blow-molded Air-Sole unit. We worked so hard on that and had no idea if people would embrace it. I was at an airport right around the time the first Air Max sneaker launched. I was calling a tech in the lab when someone walked by wearing a pair. I stared at him from the phone booth and said, ‘Somebody bought them. I see the Air-Sole going up and down.’ It was a big risk, but bigger reward. For the Air Max family, it's only up from here.” - David Forland