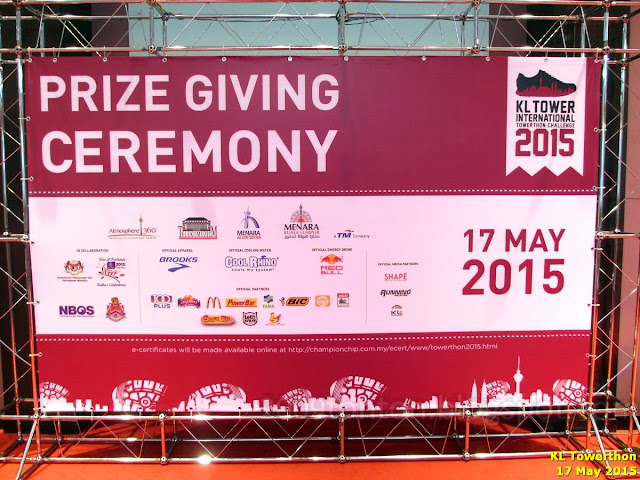 The last time I raced the KL Towerthon was in 2011.  Back then, the experience was not at all pleasant.  I was racing under the Junior Veteran category then, and I remember we were place on the queue behind Men Open and Women Open categories, which means we have about a few thousands runner in front of us, and by the time we reached the stairwell, it was pretty crowded, stuffy, with the floor and hand rail all wet and slippery.

This year, I decide to try it out again. It turn out that there were so much improvement, particularly on how they staged the race.  First of all, the number of participant has been limited to 3500, which is good especially given the consideration the race venue can only accommodate so much.

And it was brilliant the Men Open category (which carries the largest number of participants ) started much earlier in the morning, and then there was a break before the race resume again for the remaining categories which makes up about 35% of the participants.

As Senior veteran, I get to run in the second group after the break. The route is similar, up the hill then climb the escalator before entering the stairwell climbing 2058 steps.  With the format, there was much improvement as it is not as congested. The air quality improved, and the floor were surprising dry.  The hand rail is still slippery, and other than a few culprits whom deliberately block the way, with some sitting in the middle of the path refuse to move!

Upon completing the race, participant were ushered to the lift  to be transported back to the ground floor, and we only waited about 10 minutes. But there was no waterstation at the finishing line.

As a competitive participant, the Towerthon team deserve one commendable mention, that is the efficiency and the transparency of producing the race results. Results were always made available immediately, in the open for all to view.

The prize giving ceremony was, however, a true turnoff, when audience were treated with a broken sound system (we can barely hear what the MC said) and prize giving were late. We hope there will be improvement in this area. 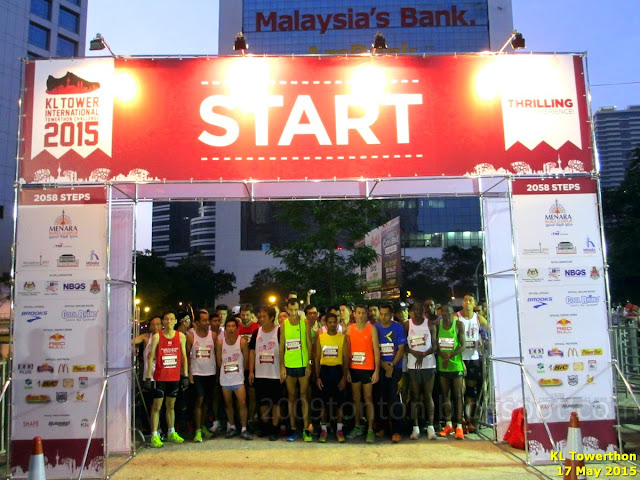 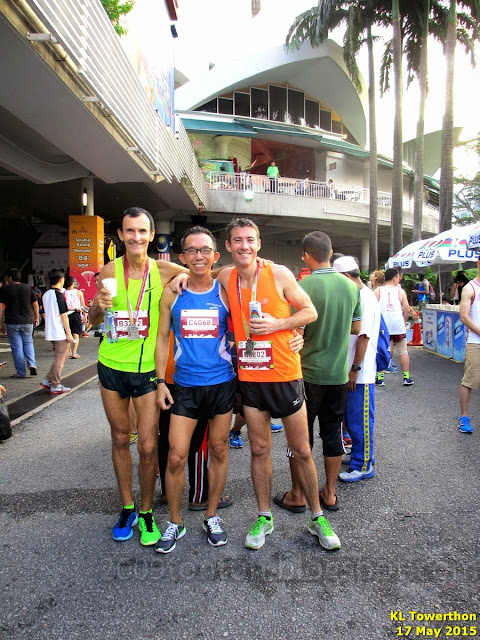 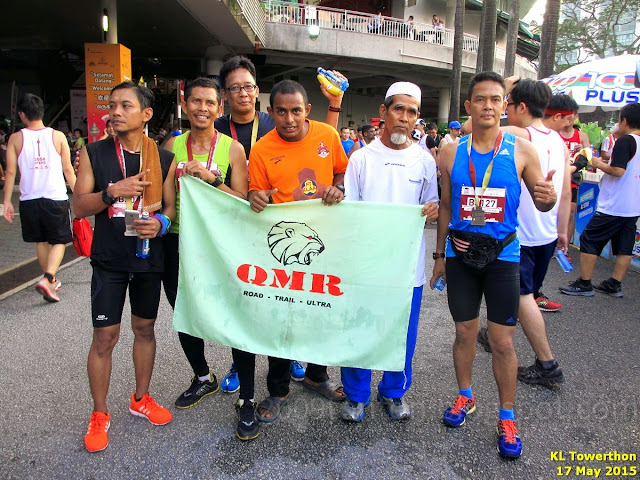 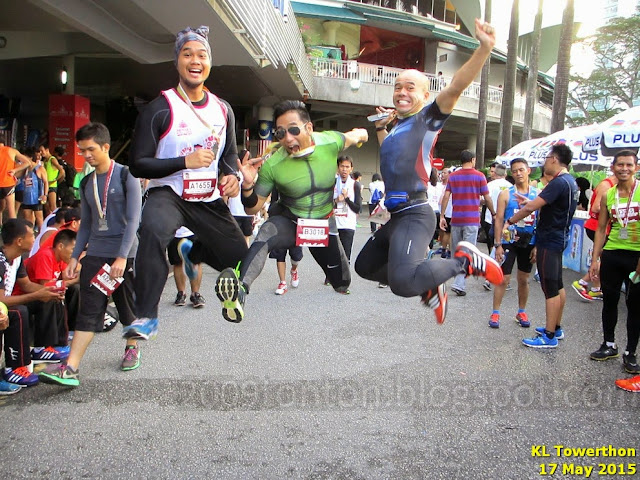 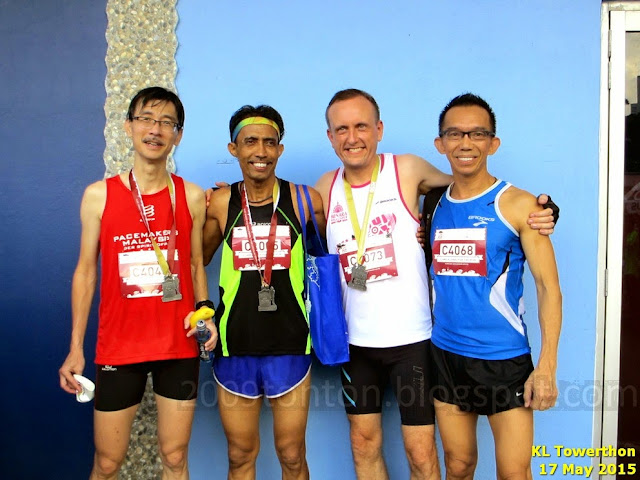 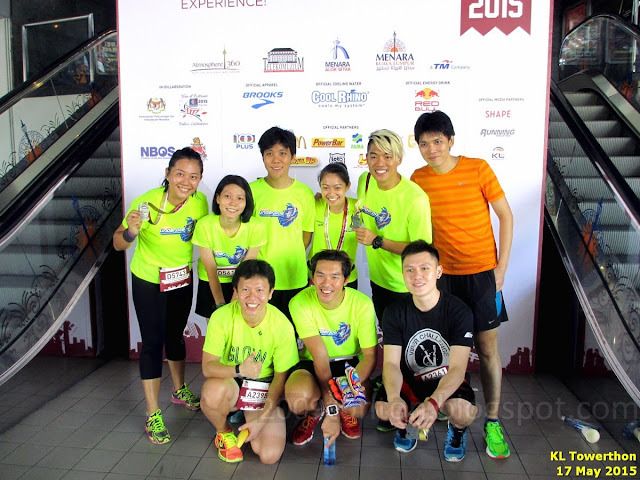 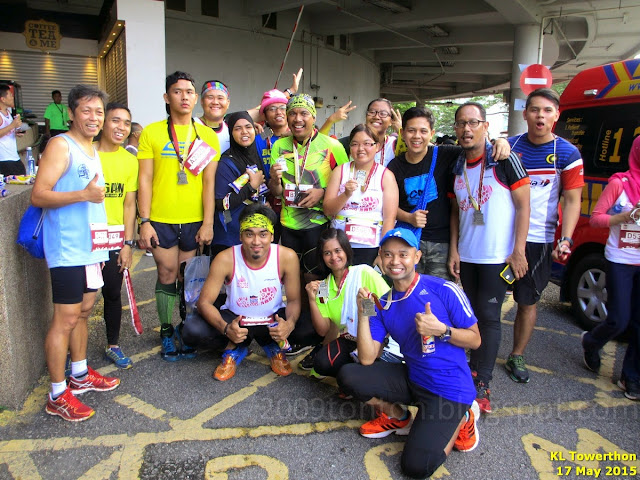 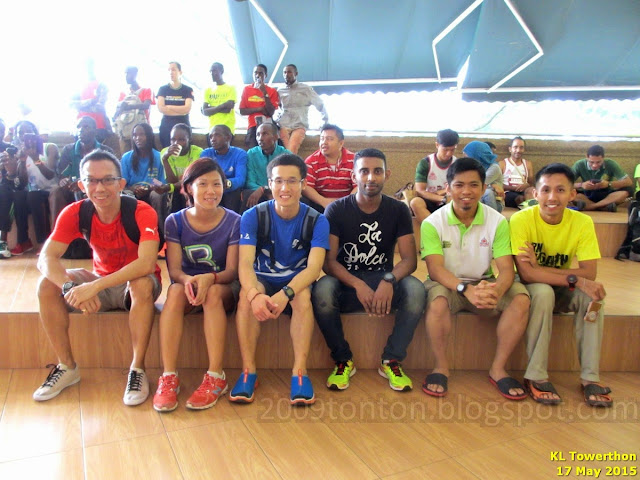 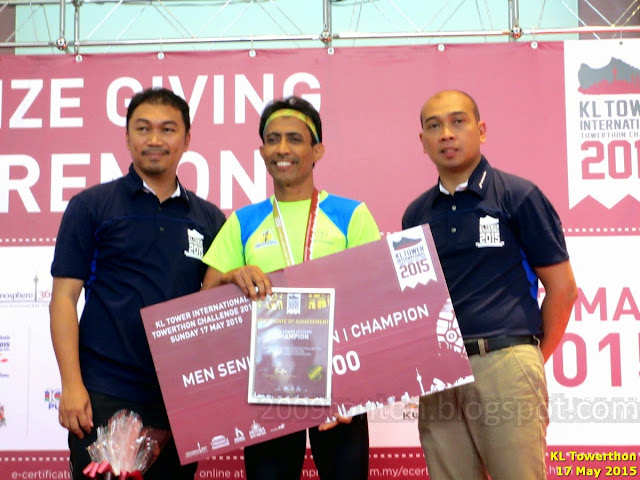 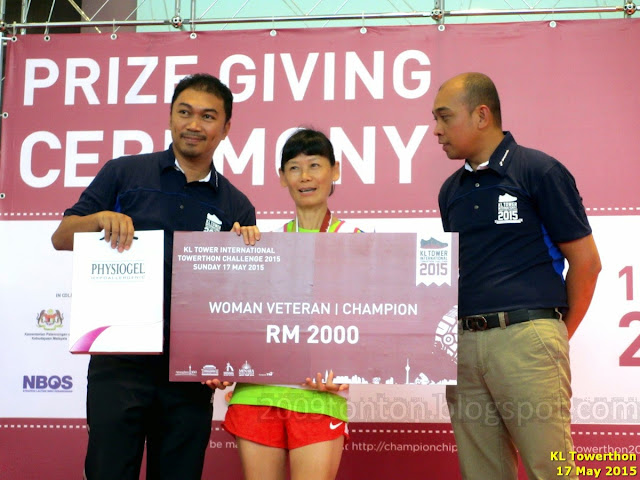 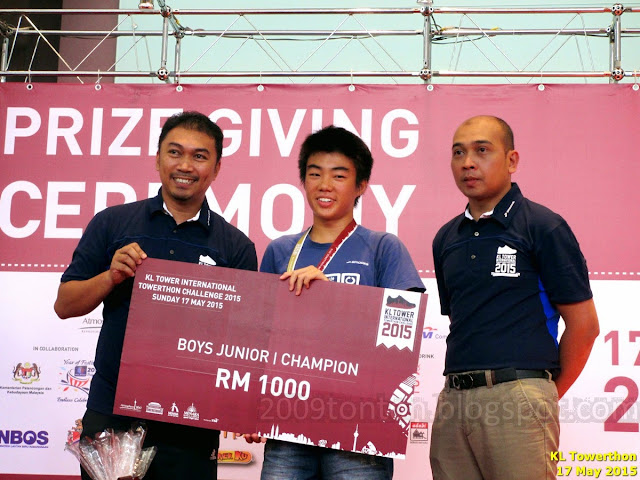 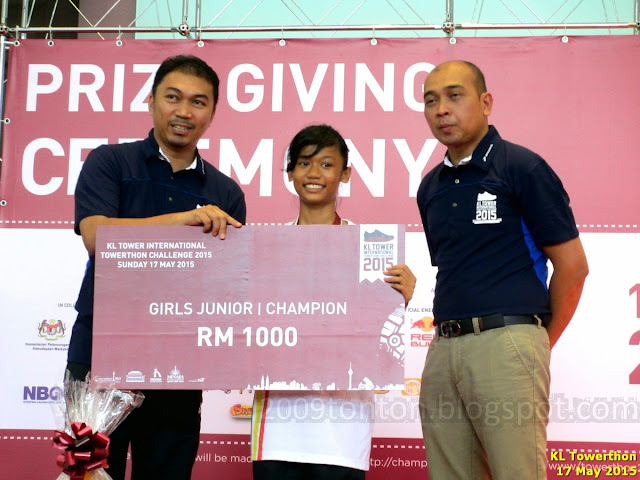 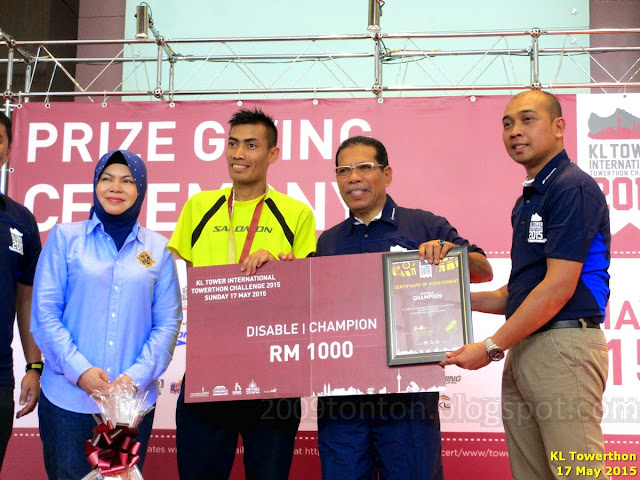 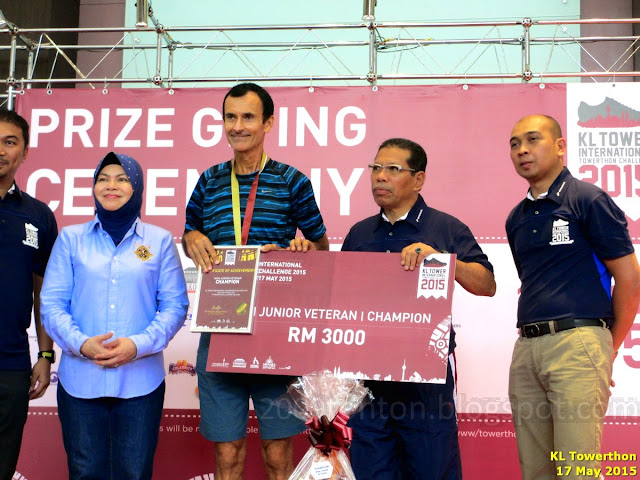 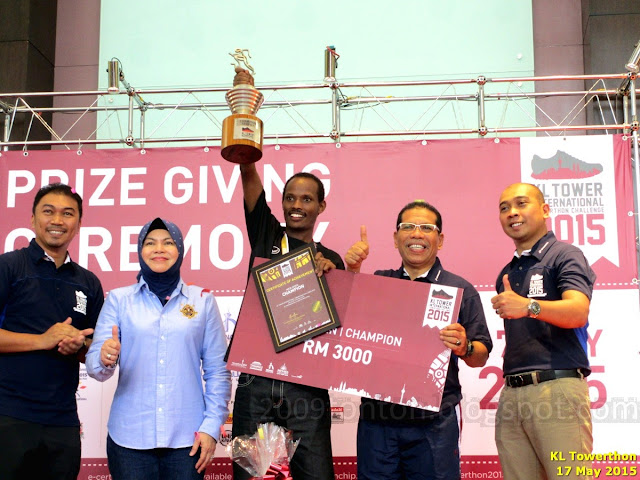 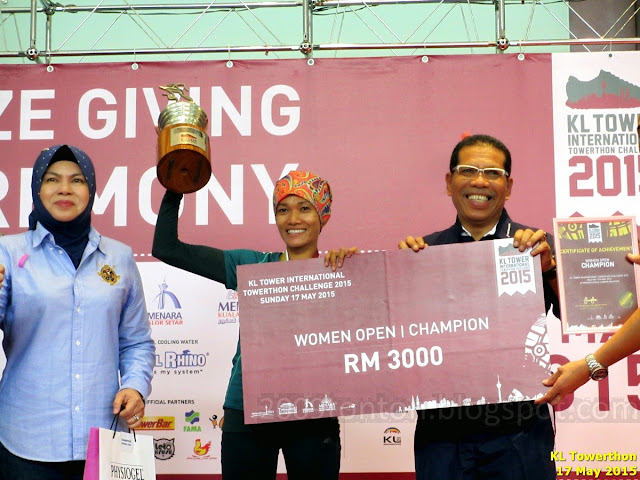 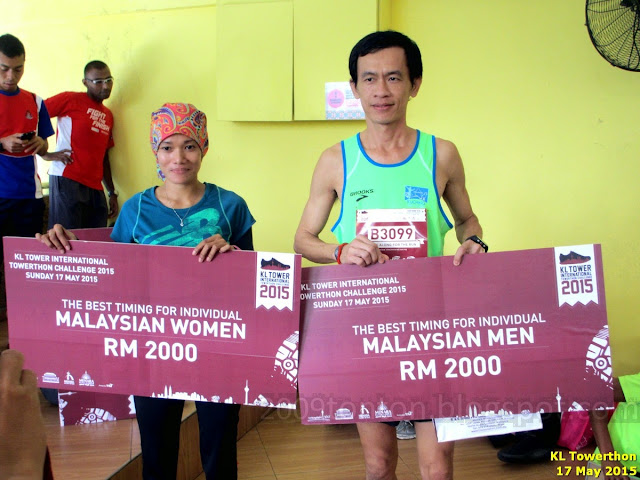 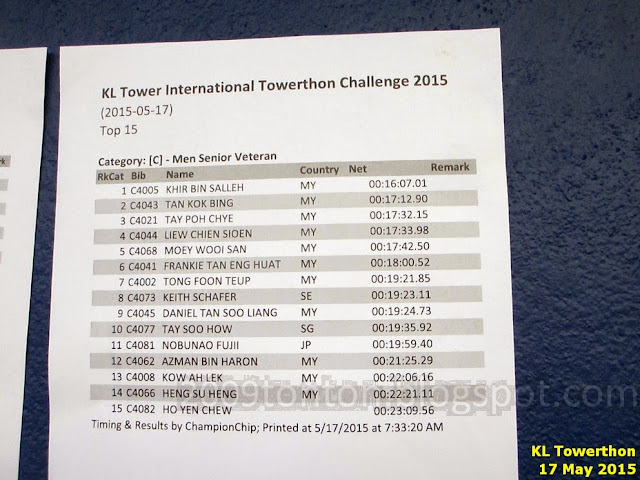 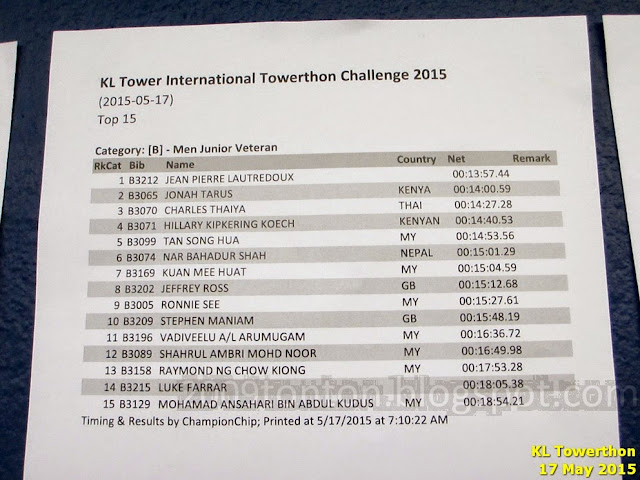 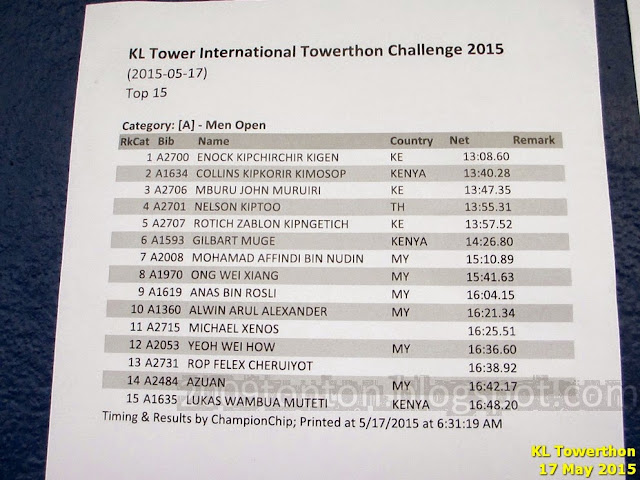 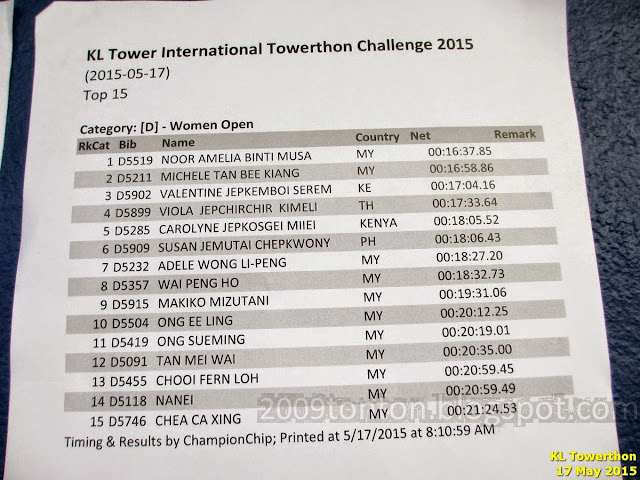 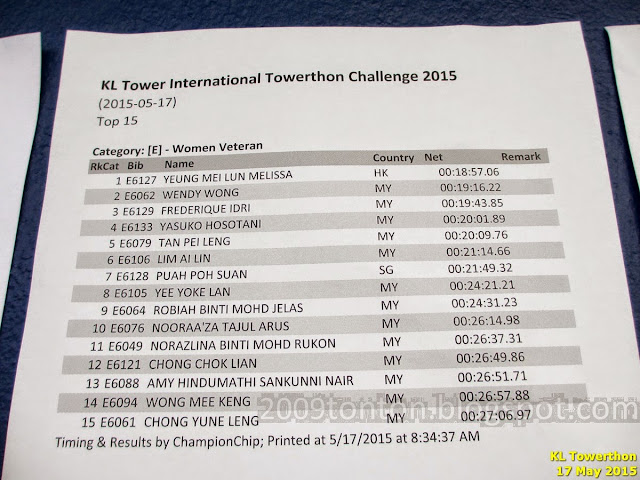 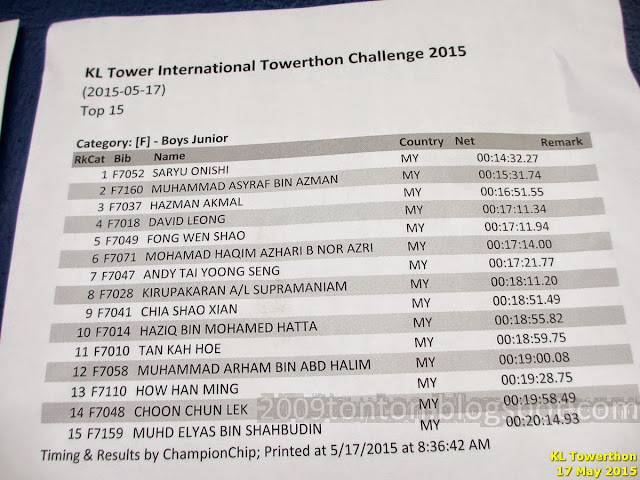 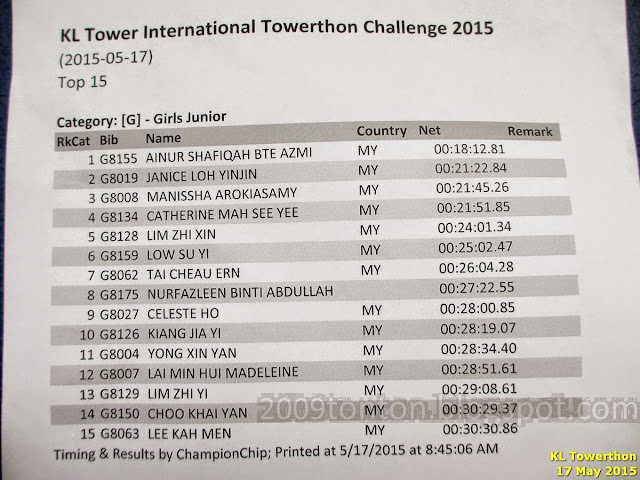 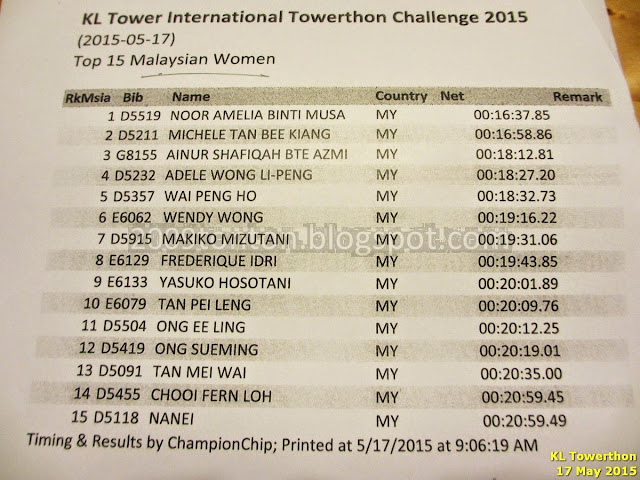 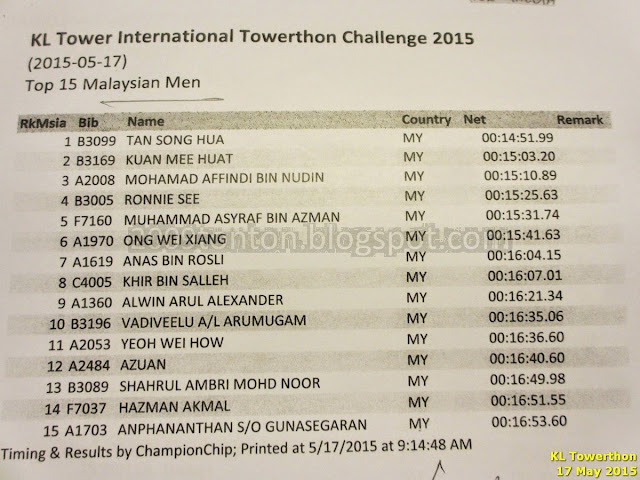 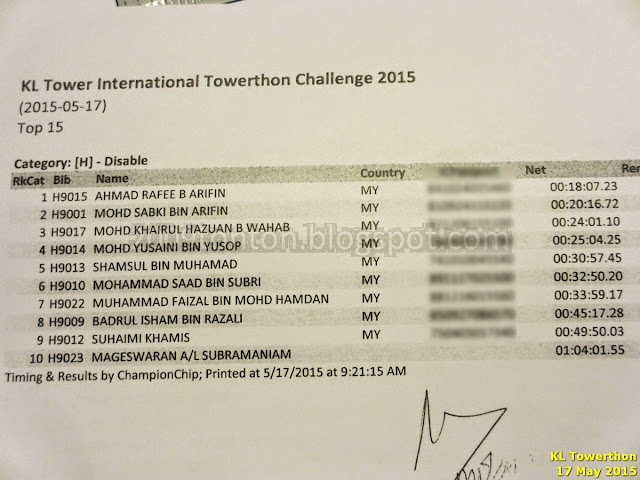 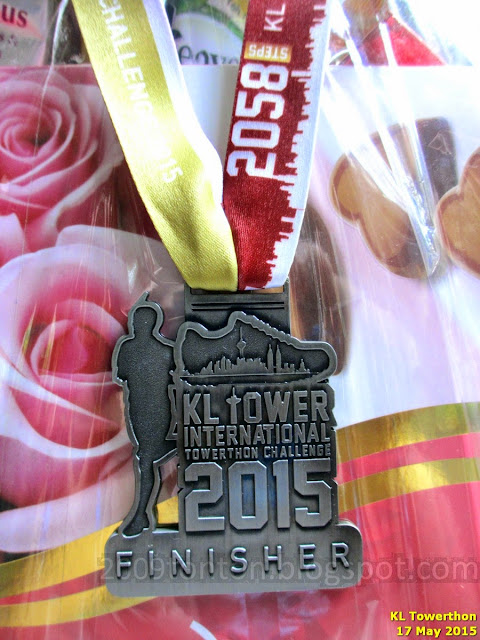