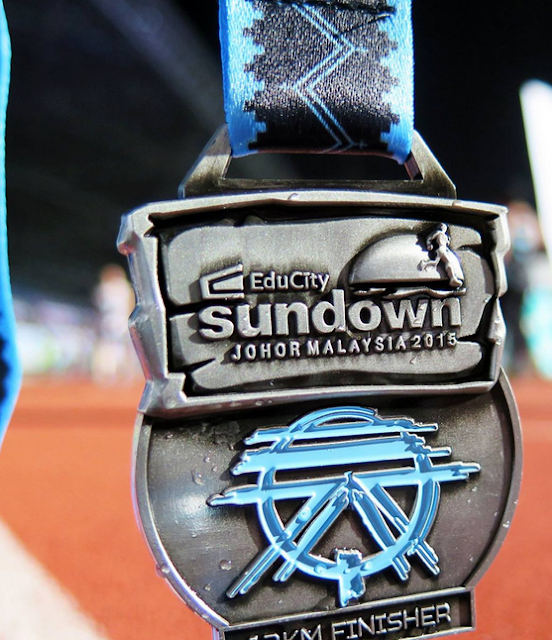 Nusajaya, Johor, 5 September 2015: EduCity Sundown Malaysia 2015 once again emerged as an unforgettable night race that brought communities together as a family in promoting a healthy lifestyle.

Nusajaya played host to over 6,000 participants from countries such as Malaysia,

that participated in the race festivities with the goal of living a healthy and fit lifestyle. The theme “Pulse of the Tribe,” is aimed to bring people together to collectively experience an active, energetic Indonesia, Singapore, Thailand, Australia, Italy and the United Kingdom. The runners were flagged off by Datuk Syed Mohamed bin Syed Ibrahim (President/Chief Executive Officer of Iskandar Investment Berhad), Datuk Ismail Bin Ibrahim (Chief Executive of Iskandar Regional Development Authority) and Asman Shah Bin Abd Rahman Director (Director of Johor Tourism Department).

This year’s run has been outstanding, having brought together so many runners and supporters life. 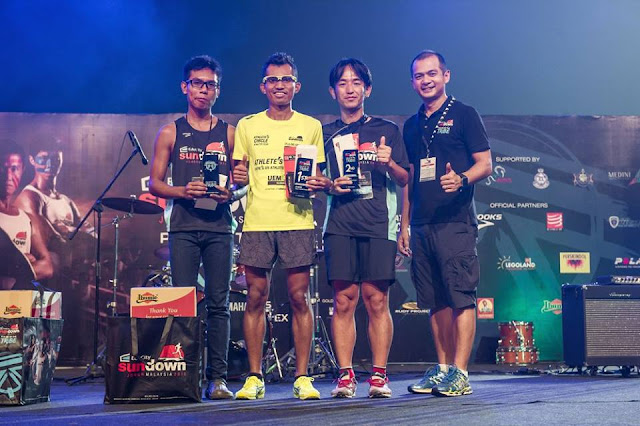 The night race is unique due to its memorable scenery as the race course passes through not just iconic landmarks such as the EduCity Sports Complex, Dataran Mahkota and Pinewood Iskandar Malaysia Studios, but also takes the runners across the local landscapes of Nusajaya, thus inviting volunteers from the nearby Kampung Melayu and local associations to partake in its festivities. With the flag off at 8.00pm and 8.35pm for 21km and 12km respectively, participants were excited and ready to start the race. 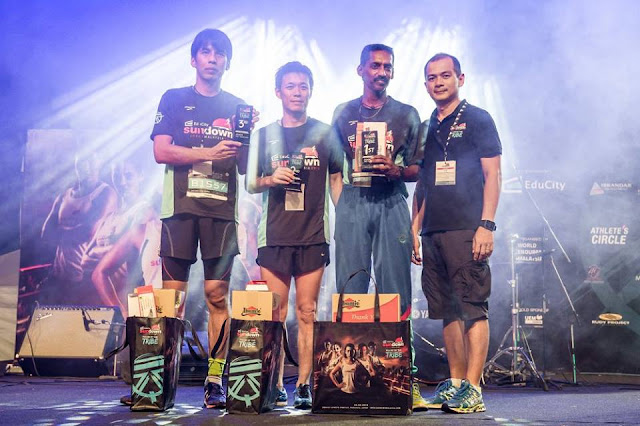 In addition to that there was also a corporate challenge, where companies were represented by enthusiastic runners who ran and finished as a team.

Serious runners who wanted to finish the race at a certain time had the help of pacers from the Athlete’s Circle Athletic Club. The pacers, easily identified by the glowing, colourful balloons attached to their waist, added some cheer and motivation on the road, while the runners took on the challenge to keep to the pace set. “There were participants from last year who returned for this year’s race, and I’m very happy to see that the race is something people look forward to. I’m glad the race inspires people to live healthy in a fun and active way. The race this year has been successful as it attracted more people to stay active, even during the night, to develop an active life, and I hope that this will be an annual race to bring runners and supporters together for a night of fun” said C.G. Lim, General Manager of World Endurance Malaysia Sdn Bhd.

EduCity Sundown Malaysia also supported the “Together for Every Child” campaign under World Vision Malaysia Sdn Bhd, and participated in the “Water for Life Challenge”.The idea is to build awareness and raise funds to bring sustainable change to affected children and communities. Members of the organization pledged to carry a bottle of untreated water around, representing the lack of access to clean water experienced by children in poor communities. 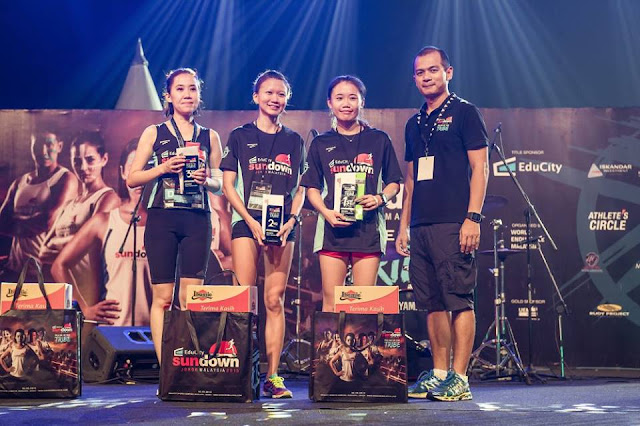 During the race, runners who participated in the challenge attached a picture of the child they pledged to raise funds for on their running bib to create awareness about the cause.

Off the race route, there was an air of excitement at the Race Village, where the family and friends of race participants gathered while awaiting their loved ones’ arrival at the finishing line. Food truck vendors were on hand to keep palates satisfied and stomachs full with a variety of dishes. 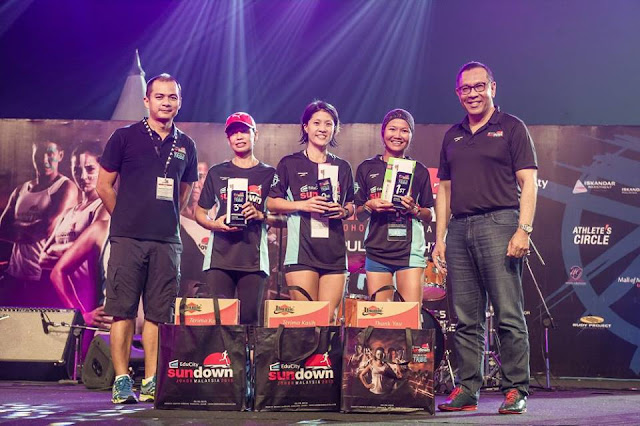 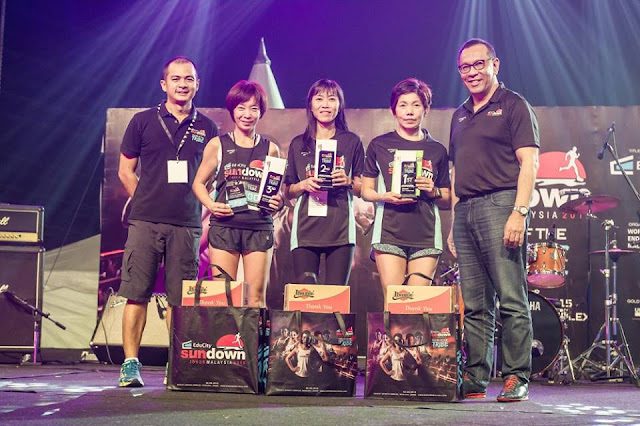 The night didn’t end there, as there were performances lined up to keep the night going, with bands such as Voice of Percussion and pop band Paper Plane Pursuit, with a live performance by a fire eater.


“We are proud to have hosted this event for the second year, to promote and educate our community on the importance of living a healthy lifestyle. Not only that, it brought all members of the community together in such an exciting environment. It was a great experience for students to volunteer here at the event, as they gave out generous high fives and encouraging words of support to boost the mood of the participants, creating an exciting atmosphere for the race,” said Datuk Syed Mohamed Syed Ibrahim, President and Chief Executive Officer of Iskandar Investment Berhad 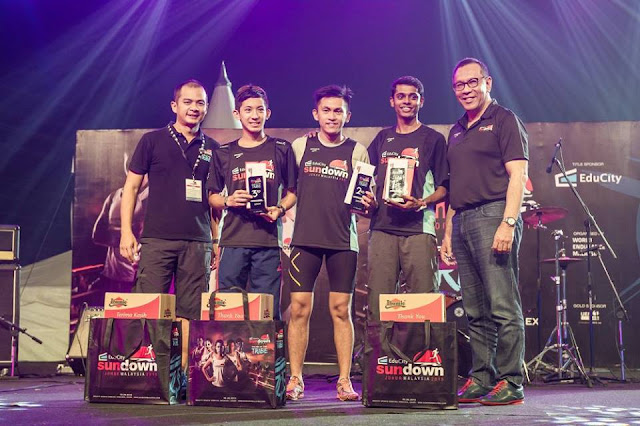 "Iskandar Regional Development Authority is always in support of events such as the EduCity Sundown Marathon which not only puts Iskandar Malaysia on the map of sports enthusiasts around the world but also highlights our intention to promote the concept of a smart and healthy lifestyle of the area to the region" said Datuk Ismail Bin Ibrahim Said Datuk Ismail Bin Ibrahim, Chief Executive, Iskandar Regional Development Authority. 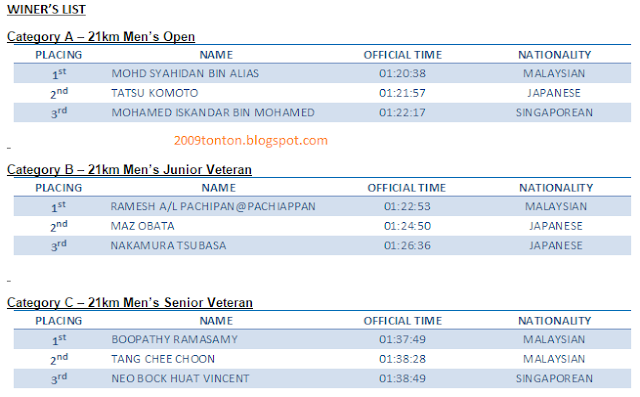 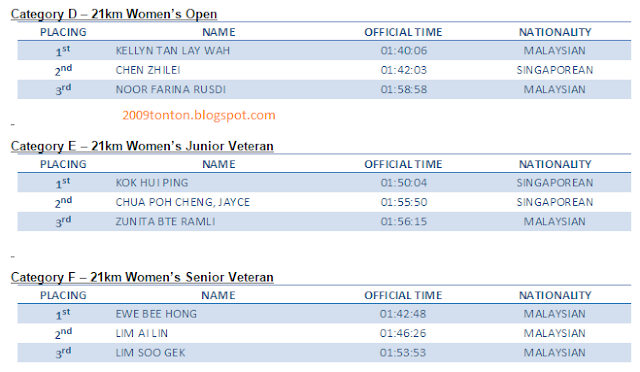 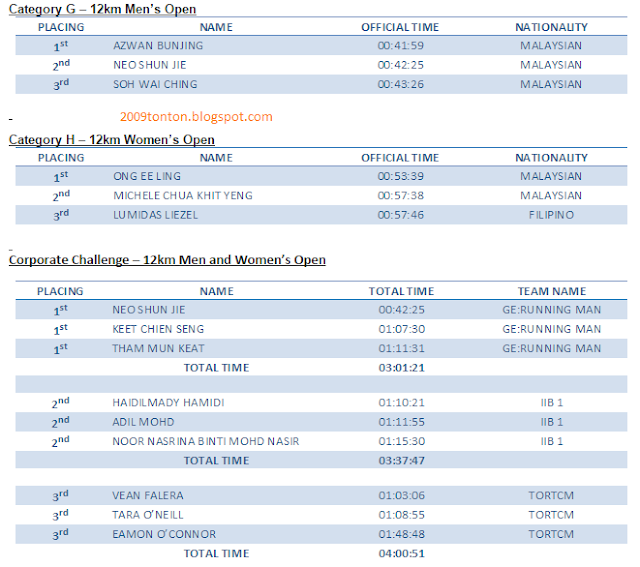 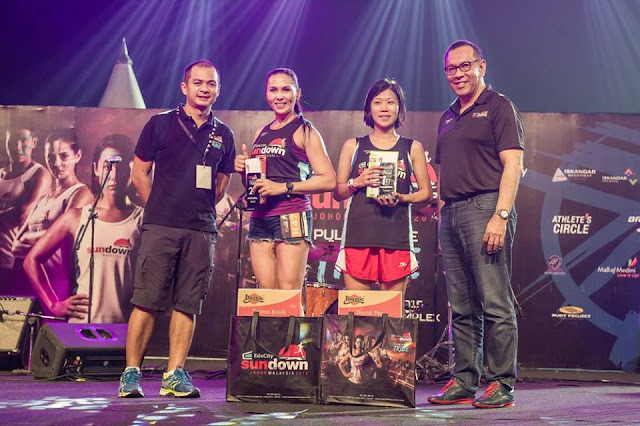 Medal photo courtesy by Salafuddin, thanks
More photos here
Posted by tonton at 8:47 AM