"It came as no surprise when the endurance-hardened Kenyan runners pocketed a major portion of the monetary takings and dominated six out of the eight open categories at the Malacca River International Marathon.

The race, held in conjunction with the month-long Melaka River Festival 2014, offered a whopping RM120,000 in prize money." More report from TheStar here

The 2014 eye-brow medal design was impressive and unique. 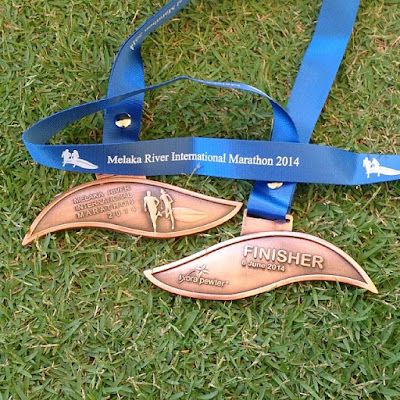 Photo credit to runner Amirul, thanks

42km marathoner finishers happily received their finisher t-shirt which was in yellow colour. 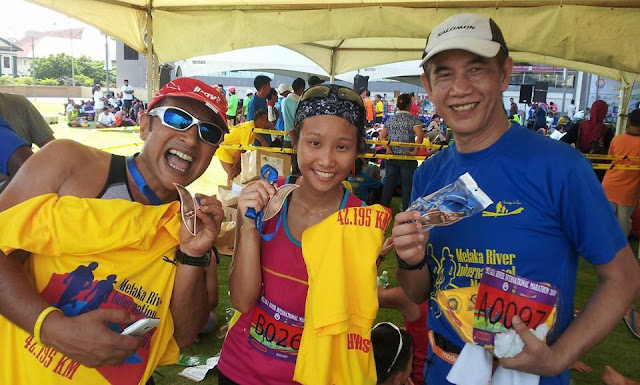 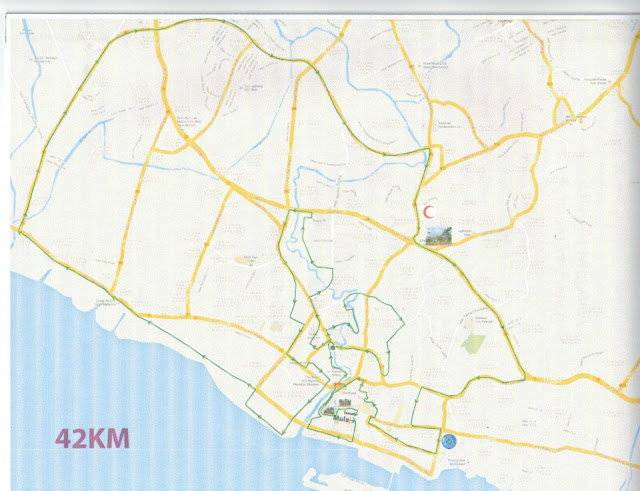 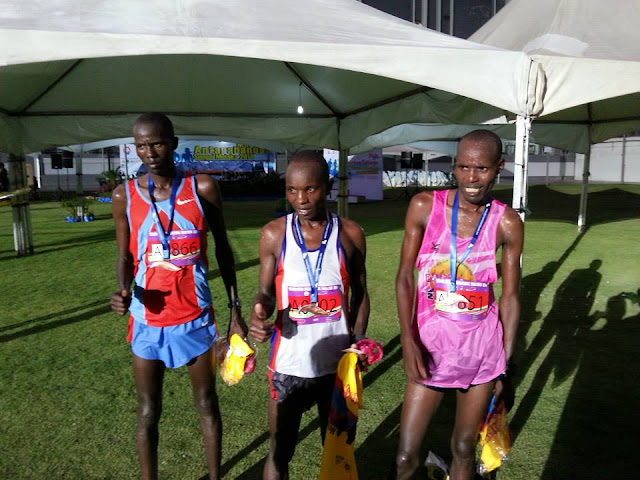 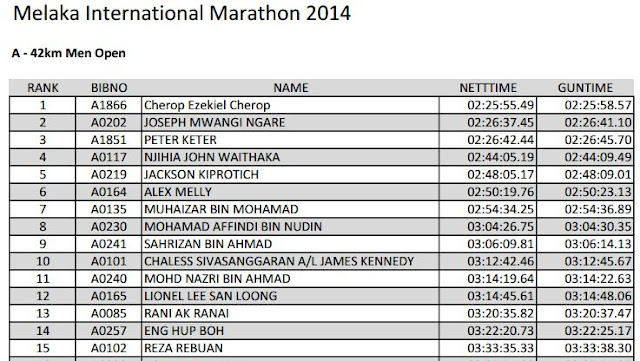 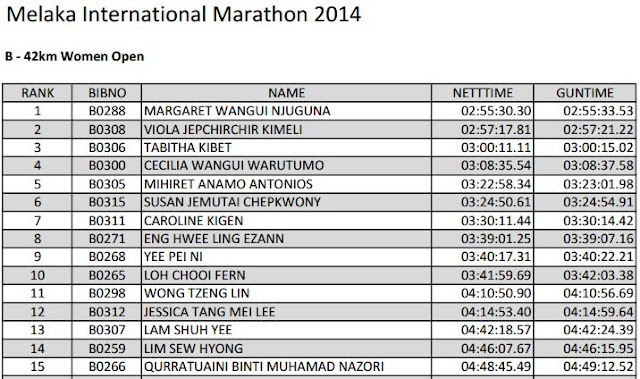 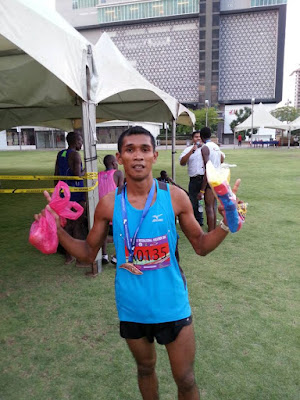 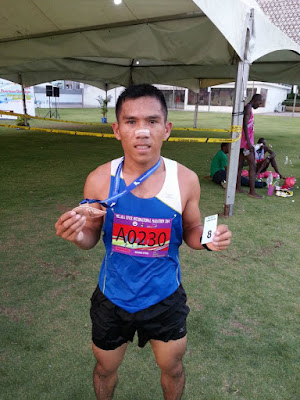 Finally for runners who completed the race would receive a Certificate of Participant, Last year sample of the certificate 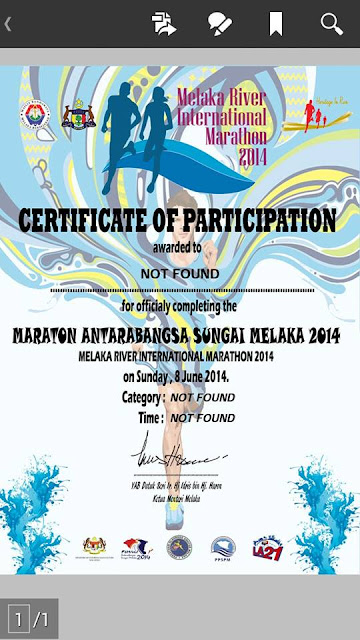 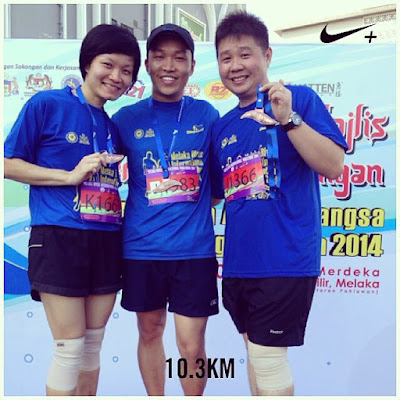 Photo courtesy by Stanley, thanks 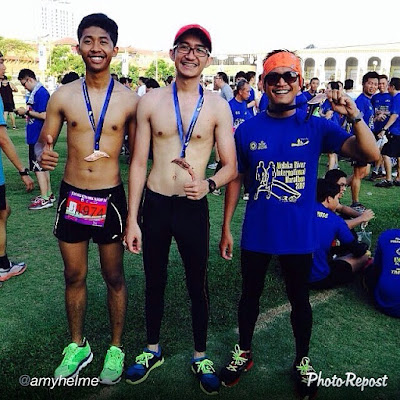 Photo courtesy by AmyHelme, thanks 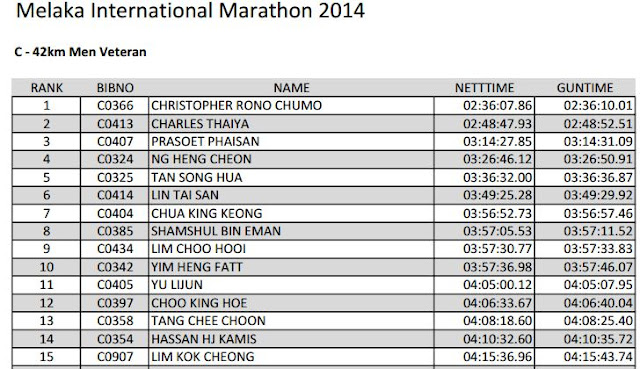 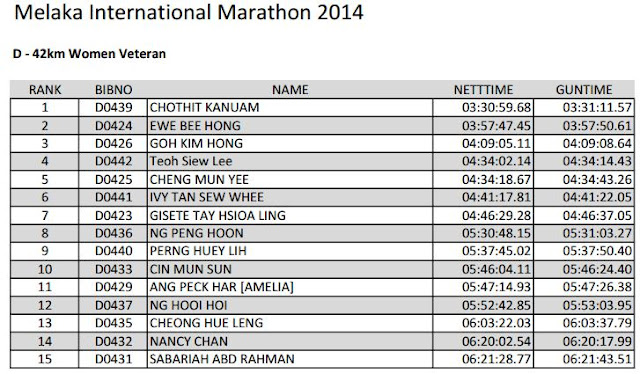 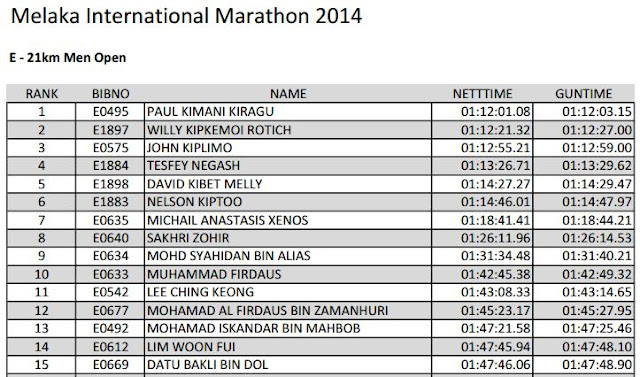 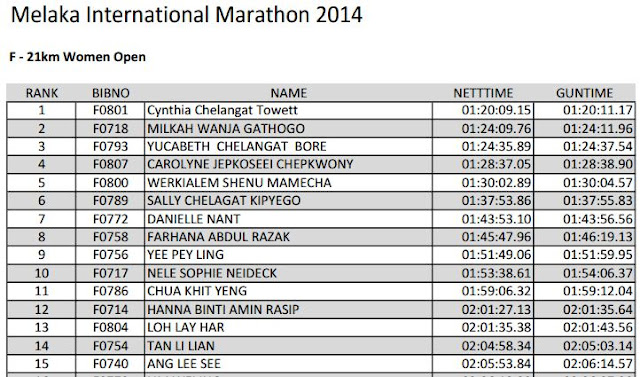 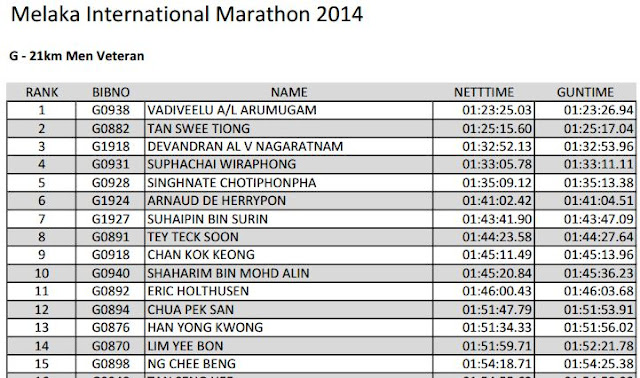 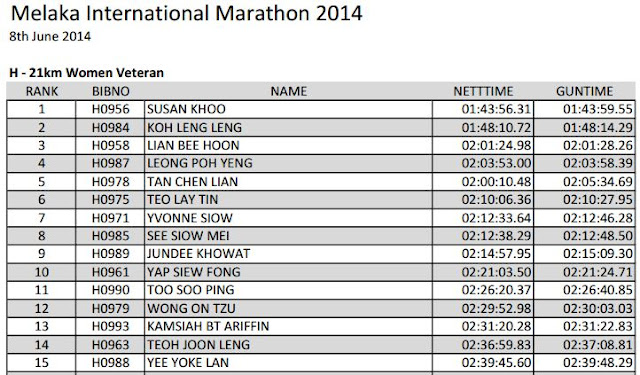 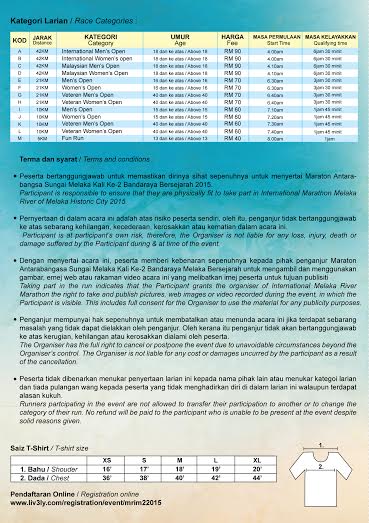