Kuala Lumpur, 22 April 2015 – U.S. revolutionary high-performance sports label, Under Armour, enables citizens to join the alliance in their quest for victory with the launch of The Avengers: Age of Ultron apparels. The new collection is an extension of the on-going collaboration with Marvel Comics and DC Comics for the label’s Alter Ego line. 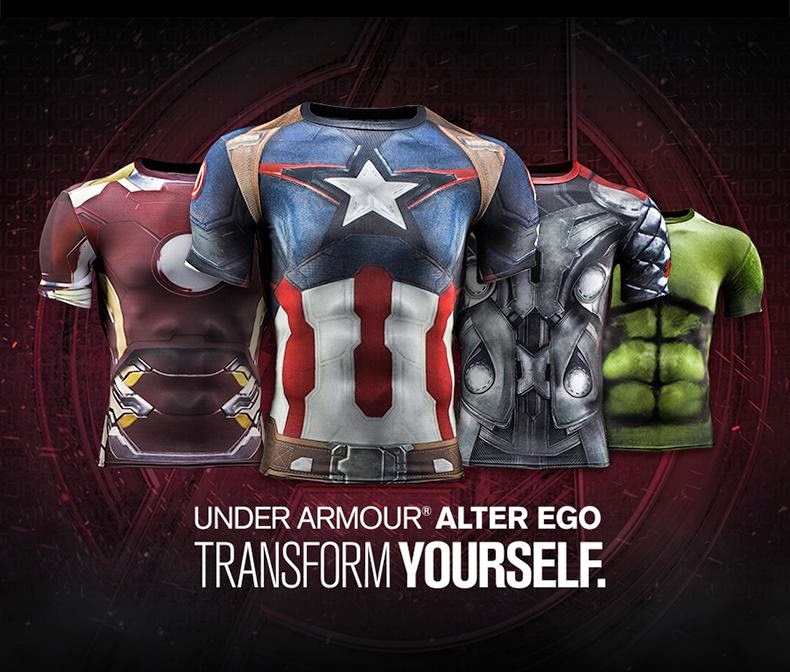 This collection, in collaboration with Marvel Comics’ The Avengers, features current designs of the four main characters’ armour on the Compression Shirts, which offer an ultra-tight, second-skin fit, delivering a locked-in feel to keep muscles fresh and recovery time quick.

The embodiment of ultimate strength and undying spirit, the Hulk Compression is a copy of the ripped beast, while Thor’s Asgardian battle armour, formed to overcome all obstacles, is a reflection of his dedication to saving mankind through fair fight. A technology genius focused on continuous improvement, the Iron Man Mark 48 is a testament to Stark’s wit, and Captain America himself is a true embodiment of Under Armour’s I WILLTM mantra, a common man with the unwavering spirit to constantly perform his best. T-shirts featuring the emblems of the four superheroes are on sale as well.

“Athletes are like superheroes when they don their gear in whatever sport they play. They accomplish superhuman feats of physical and mental strength in pursuit of their personal or team goals during competitions. Be it strength, resilience, speed, endurance or determination, we want to enable athletes to feel like a superhero, and show off their alter ego,” said Mr Michael Binger, Chief Executive Officer of Triple Pte Ltd, the exclusive distributor of Under Armour in Southeast Asia.

Armed with the mission to make all athletes better, Under Armour’s Alter Ego line taps into the transformative strength and inspiration of superheroes to create a collection of high-performance sports wear that inspires athletes to soar to new heights.

The Avengers: Age of Ultron apparels is priced from RM139 to RM279 and is available at all Under Armour boutiques, store-in-stores and online at www.underarmour.com.my from 22 April 2015.
Posted by tonton at 5:29 AM